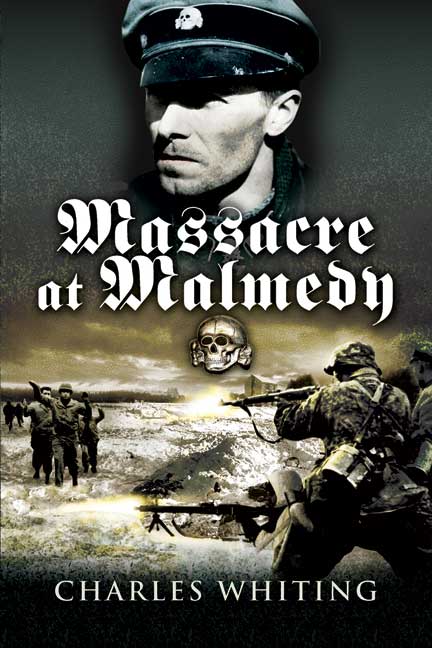 Add to Basket
Add to Wishlist
You'll be £11.25 closer to your next £10.00 credit when you purchase Massacre at Malmedy. What's this?
+£4.50 UK Delivery or free UK delivery if order is over £35
(click here for international delivery rates)

'Drive on recklessly, give no quarter and take no prisoners; everything that comes into our sights should be mown down' - Jochen Peiper. Then the machine guns started to chatter. The massacre had begun. The prisoners started to fall in groups, as other machime guns joined in the slaughter. They were completely defenceless. Some tried to make a break for it, but were mown down before they'd gone half a dozen yards. Wounded, dead and dying were everywhere in the bloody grass - still the machine guns went on. Ahrens summoned up the last of his strength and staggered off through the wet underbrush, dribbling blood behind him, heading for a town whose name would soon signify to the western world one thing only - massacre. The town called Malmedy. This is the story of the infamous massacre of World War Two.

For someone who never read a book about the Joachim Peiper or the Malmedy Massacre, this book would be great and easy to read for you.