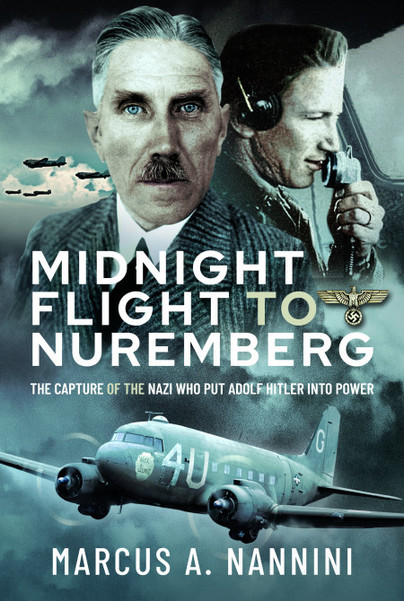 Midnight Flight to Nuremberg is one of the Overall Grand Prize Winners in Non-Fiction, taking home the GOLD for the 2021-2022 Reader Views Literary Award!

You'll be £16.00 closer to your next £10.00 credit when you purchase Midnight Flight to Nuremberg. What's this?
+£4.50 UK Delivery or free UK delivery if order is over £35
(click here for international delivery rates)


A riveting and detailed military memoir, "Midnight Flight to Nuremberg: The Capture of the Nazi who put Adolf Hitler into Power" is an extraordinary and recommended addition to community, college, and university library World War II biographies. Of particular interest to academia and dedicated military history buffs.

The unique missions recounted in this book are are what make this book and it will appeal to any troop carrier historians or enthusiasts. Therefore I highly recommend this book to readers of all ages and experience levels.

This book is an engrossing read and is richly filled with details. There are many black and white photographs placed throughout the book. Some are personal photos from Harry Watson and some are stock photos. The unique missions recounted in this book are are what make this book and it will appeal to any troop carrier historians or enthusiasts. Therefore I highly recommend this book to readers of all ages and experience levels.

"A riveting and detailed military memoir..."

Nannini, author of Left for Dead at Nijmegen, takes flight in this gripping account of courage in the air, the story of pilot Harry E. Watson, who flew 27 combat missions in World War II and was the recipient of seven Battle Stars and three Air Medals. Nannini, who interviewed First Lieutenant Watson extensively, opens this vivid account in the thick of the war, with the tense tale of Watson, already celebrated for his skill at bad-weather piloting, being tasked to fly “a plane-load of Jerry cans”—that’s fuel— to General Patton’s troops near the French city of Reims, on the front lines, “so they don’t get themselves massacred” by the Germans. The fog’s a beast, and there might be wounded to ferry back, and the adventure that follows will involve Mark IV tanks, 800 German troops, and French champagne in a foxhole.

Nannini proves adept at war-time storytelling, with an emphasis on bravery and camaraderie; his accounts of Watson’s missions take an engaging novelistic approach, with memorable detail—the C-47s Watson flies, the “hot chow” the crews scarf, the rituals a superstitious pilot works into his routine—and a feeling for suspense. On a mission to evacuate a field hospital in danger of being overrun by the SS (from the mission briefing: “get ’em all the hell out of there”), the sight of a German Messerschmitt 262 jet fighter stirs in Watson and readers both a mesmerized awe and then deep alarm.

This inviting volume reads quickly, building to the top-secret, behind-enemy-lines mission of the title, rendered with clarity and power. Nannini excels at establishing the stakes, explaining crucial context like flight conditions, and putting readers alongside Watson in the cockpit. The reconstructed dialogue tends to be upbeat, sounding, perhaps, like Watson’s own voice, sharing these stories. It’s a pleasure to have them set down. The striking photographs offer welcome context.

"This exciting account of the air war and one mans experiences as a humble transport pilot deserves a place on the bookshelf of those with an interest in WW2."

A riveting and detailed military memoir, "Midnight Flight to Nuremberg: The Capture of the Nazi who put Adolf Hitler into Power" is an extraordinary and recommended addition to community, college, and university library World War II biographies.

"If you wish to read an exciting book filled with harrowing escapes and a great life that pays homage to one of America’s bravest, “Midnight Flight to Nuremberg” by Marcus A. Nannini is the book you want! 5 Stars.”

Pick of the month!

'Pick of the month'.

Midnight Flight to Nuremberg is easily one of Nannini's most well-written and well-researched books; an enthralling rollercoaster ride for history buffs.

The book provides a unique historical view of WWII, military terminology, aircrafts, and machinery, and life in the 1940’s. Harry is the perfect protagonist to his own story, sharing with readers his harrowing experiences during WWII that many can only imagine. Readers will find a perfect balance of history and biography in Midnight Flight to Nuremberg. 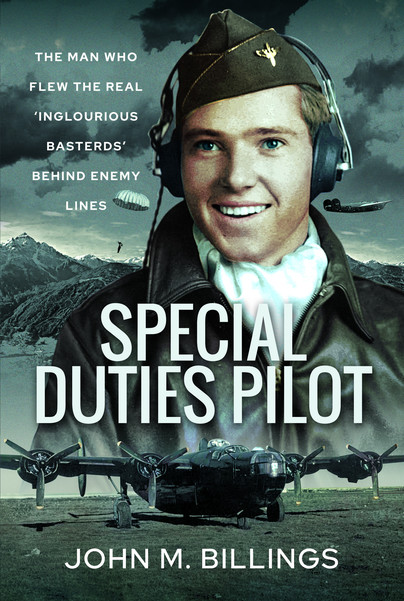 “World War II is filled with heroic stories, but few measure up to the daring contributions of John Billings, an OSS pilot who was involved in a mission so daring it takes your breath away. Read this book and be grateful.” - Tom Brokaw, author of “The Greatest Generation" If there was ever a man who was born to fly, it is John M. Billings. He took his first plane ride in 1926, began taking piloting lessons in 1938, and joined the US Army Air Force in July 1942. After training he was assigned to fly Consolidated B-24 Liberator long-range bombers. He joined the 825th Bombardment Squadron of…

Click here to buy both titles for £31.99
More titles by Marcus A. Nannini