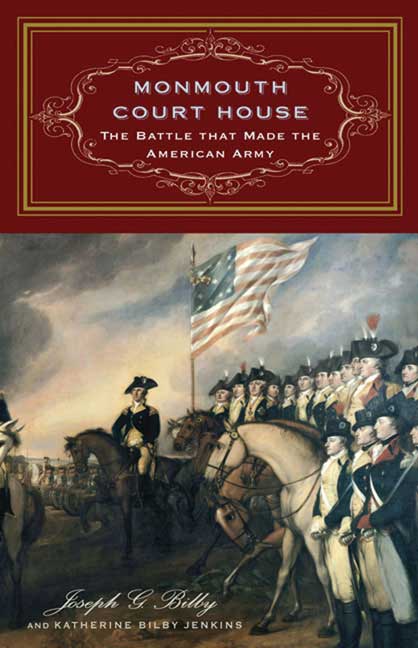 The Battle that Made the American Army

Add to Basket
Add to Wishlist
You'll be £19.99 closer to your next £10.00 credit when you purchase Monmouth Court House. What's this?
+£4.50 UK Delivery or free UK delivery if order is over £35
(click here for international delivery rates)

The battle of Monmouth Court House, New Jersey, is among the most important battles in the history of the American Army. Well known in American mythology as the battle where Molly Pitcher fought alongside her fallen husband, Monmouth Court House is regarded by historians as the moment when the image of the American army in both Europe and the colonies was transformed from that of a rag-tag band of ill-trained civilians to that of a disciplined, well-guided, professional military unit. In June 1778, British General Henry Clinton’s army evacuated Philadelphia and struck out across “the Jerseys” on its way back to New York City. George Washington’s Continental
Army, retrained and confident after enduring a winter at Valley Forge and supplemented by a large number of fresh New Jersey militia, marched in pursuit. About 50 miles south of New York City, the armies clashed at Monmouth Court House on June 28, in the last major Revolutionary War battle in the north. Essentially a draw, the battle marked the first time in the war that the Continental Army was able to hold a battlefield, fighting the full force of the
British army to a standstill. Monmouth Court House: The Battle that Made the American Army by Joseph G. Bilby and Katherine Bilby Jenkins is the story of this battle, how it came to be, and its influence on the course of the war and American history.

The authors set Monmouth Court House within the context of the American Revolution and the civil war between Tories and Whigs that erupted in New Jersey during that time. The entire campaign and battle are described, including an analysis of the commanders, personnel, organization, training, and weapons of both armies. The book also assesses the historiography and folklore of the battle, including the story of the real “Molly Pitcher,” the use of the battleground as Civil War muster-in camp, its eventual status as Monmouth Battleground State Park, and current efforts at interpretation and battlefield archaeology and how they have changed our understanding of the battle.