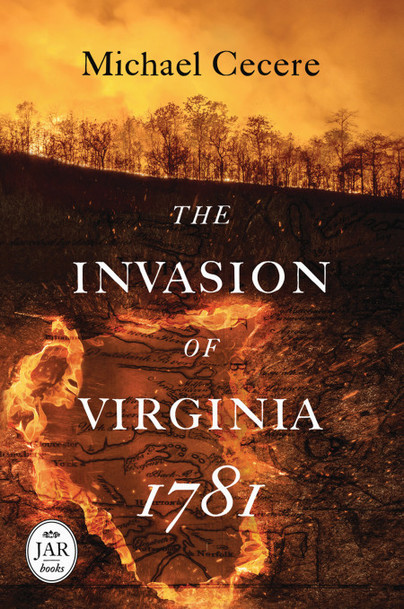 The Invasion of Virginia 1781 (Hardback)

Add to Basket
Add to Wishlist
You'll be £19.99 closer to your next £10.00 credit when you purchase The Invasion of Virginia 1781. What's this?
+£4.50 UK Delivery or free UK delivery if order is over £40
(click here for international delivery rates)

The American War for Independence was fought in nearly every colony, but some colonies witnessed far more conflict than others. In the first half of the war, the bulk of military operations were concentrated in Massachusetts, New York, New Jersey, and Pennsylvania. A shift in British strategy southward after the Battle of Monmouth in 1778 triggered numerous military engagements in 1779 and 1780 in Georgia and the Carolinas.

Surprisingly, Virginia, the largest of the original thirteen colonies, saw relatively little fighting for the first six years of the Revolutionary War. This changed in 1781 when British and American forces converged on Virginia. The war’s arrival did not result from one particular decision or event, but rather, a series of incidents and battles beginning in the fall of 1780 at Kings Mountain.

Benedict Arnold’s sudden appearance in Virginia in early 1781 with 1,600 seasoned British troops and his successful raid up the James River to Richmond and subsequent occupation of Portsmouth, demonstrated Virginia’s vulnerability to attack and the possibility that the colonies could be divided and subdued piecemeal, a strategy Britain had attempted to deploy several times earlier in the war.

British General Henry Clinton’s decision to reinforce Arnold in Virginia expanded Britain’s hold on the colony while events in North Carolina, including the battle of Guilford Court House, led British General Charles Cornwallis to conclude that Virginia was the key to subduing the entire South. As a result, Cornwallis marched his army north in May 1781 to assume command of what was now a very powerful British force of over 7,000 troops. The war had returned to Virginia with a vengeance, and how it did so and what happened as a result is the focus of the lat- est volume in the Journal of the American Revolution Books series, The Invasion of Virginia 1781.

MICHAEL CECERE received a BA at the University of Maine, Farmington, and an MA in history and an MA in political science from the University of Akron. He currently teaches history at Robert E. Lee High School, Fairfax County, Virginia, and at Northern Virginia Community College in Woodbridge. He was recognized by the Virginia Society of the Sons of the American Revolution as their 2005 Outstanding Teacher of the Year. He is the author of a number of books, including A Universal Appearance of War: The Revolutionary War in Virginia, 1775–1781.