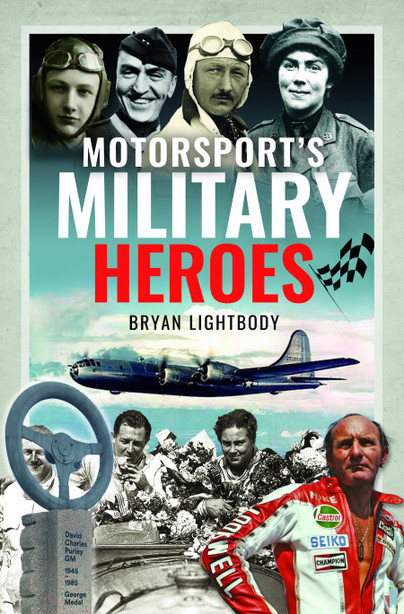 Iconic individuals and their stories of bravery in conflict and racing

Preorder
Add to Wishlist
You'll be £16.00 closer to your next £10.00 credit when you purchase Motorsport’s Military Heroes. What's this?
+£4.50 UK Delivery or free UK delivery if order is over £35
(click here for international delivery rates)

It is a little known fact that many of the motorsport icons of the twentieth century also carried out acts of bravery in war time.

These are just a few of the men and women profiled in this book who risked all in conflict before risking all on the track.

Bryan Lightbody is a former policeman who worked for a time for MI5. For twelve years he worked in close protection for senior members of the British royal family. He has written several historical novels. He currently works as a First World War battlefield guide, as well as being a personal security advisor.