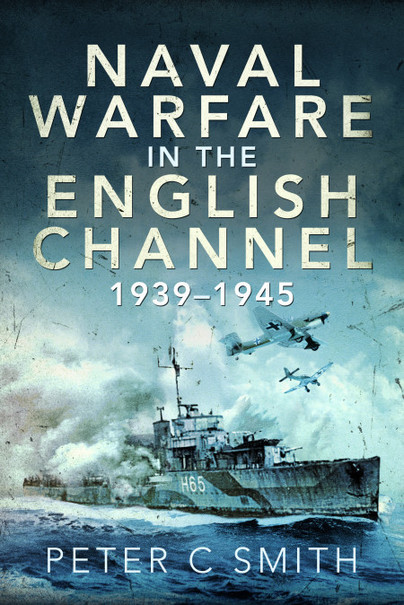 From the year 1066 the English Channel has provided Great Britain with a natural defensive barrier, but never more than in the early days of World War Two. This book relates how the Royal Navy defended that vital seaway throughout the war. From the early days of the Dover Patrols, through the traumas of the Dunkirk evacuation, the battles of the Channel convoys; the war against the E-boats and U-boats; the tragic raids at Dieppe and St Nazaire; the escape of the German battle-fleet; coastal convoys; the Normandy landings and the final liberation of the Channel Islands. Many wartime photographs, charts and tables add to this superb account of this bitterly contested narrow sea.

This book is replete with excitement, detail, and graphic description - much of the detail is new to this reviewer. The 65 black and white images, whilst interesting, placed together in the middle of the book add a small amount to the text, but it is the words in this book that grab and hold the reader enthralled throughout.

"...a readable narrative for the general public about a significant geographical area of the war by an author who has obviously studied the topic in depth and has a command of the literature and incorporated interviews with individuals, mostly British naval officers who had first-hand knowledge of the events."