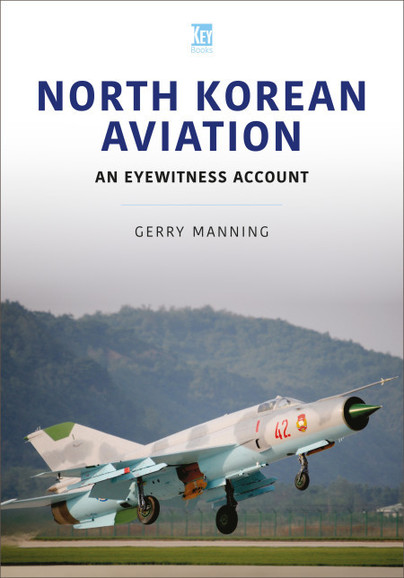 Preorder
Add to Wishlist
You'll be £11.99 closer to your next £10.00 credit when you purchase North Korean Aviation: An Eyewitness Account. What's this?
+£4.50 UK Delivery or free UK delivery if order is over £40
(click here for international delivery rates)

North Korea is often referred to as the 'Hermit Kingdom' and not without reason. However, although tourism to this secretive country is rare, it does happen, albeit with limited numbers. In 2016, North Korea hosted its first ever airshow and invited a number of foreign visitors to watch. Unlike most airshows, this was not an international event, and all participants were from North Korea. There were a selection of aged Soviet-era airliners from the national flag carrier Air Koryo and fighters, helicopters and light transport aircraft from the air force. None of the military aircraft are ever seen outside North Korea’s borders, and even the airline only operates limited international services, making the opportunity to see them in action, and photograph them, a once in a lifetime event. This volume is the personal account of a rare visit to one of the most isolated counties in the world. Not only does the book give a fully illustrated look at North Korea’s aircraft, both military and civilian, but it then goes on to give a pictorial look at the country itself from a tourist’s point of view.

Gerry Manning is the author of over 20 books, all of which have sold worldwide. He has also contributed pictures to over 25 books by other authors and regularly writes for many notable aircraft magazines.