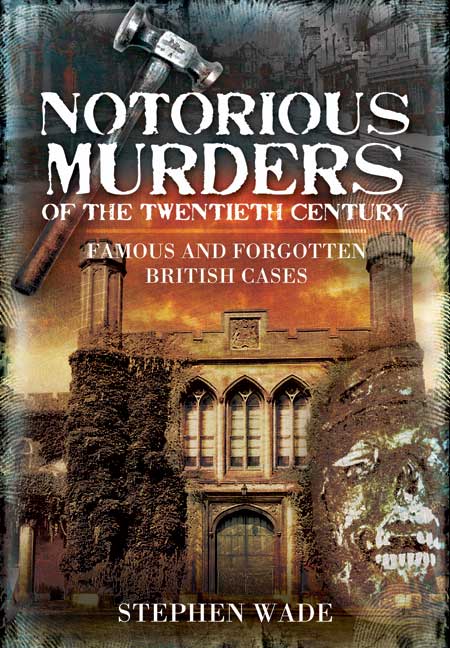 Click here for help on how to download our eBooks
Add to Basket
Add to Wishlist
You'll be £4.99 closer to your next £10.00 credit when you purchase Notorious Murders of the Twentieth Century. What's this?
Need a currency converter? Check XE.com for live rates

The word 'murder' has always attracted widespread local and national media coverage. Once known, the story becomes the subject of discussion in a variety of places throughout the land. Some grisly tales become part of a culture that lives on for generations; whilst others, even by some of the worst serial killers, are soon forgotten. In this book experienced crime historian Stephen Wade has gathered together a collection of murders covering the entire twentieth century. Although famous in their own day, most are now forgotten by the general public, apart from the best true crime enthusiasts. The first conviction for fingerprint evidence, the last hanging in England and murderous husbands and wives are included; but there are also mysteries, unsolved killings and peculiar confessions. Meet the man who poisoned his rival's scones, a wrongful arrest and the acquittal of a good wife who shot her man dead. There are even tales from the Isle of Man, whose legislators continued to issue death penalties in the 1990s.