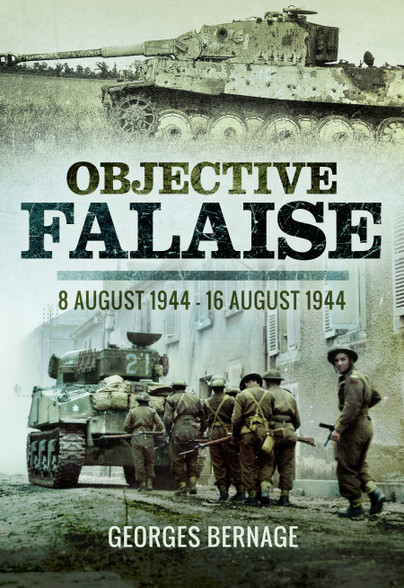 Add to Basket
Add to Wishlist
You'll be £19.99 closer to your next £10.00 credit when you purchase Objective Falaise. What's this?
+£4.50 UK Delivery or free UK delivery if order is over £40
(click here for international delivery rates)

The battle to close the Falaise Gap and trap the German 7th Army marked the final phase of the Normandy campaign in August 1944. With the Americans racing through the open terrain to the south, this book follows the difficult advance by the 1st Canadian Army from the North over devastated ground and against prepared German defences. The book is divided into two parts to cover Operations Totalize, which after an initially promising start was brought to a halt by the 12th SS Panzer Division, and then Tractable which ultimately forced a path through to Falaise. With the addition of first hand testimonies, this is a lavishly decorated account, filled with excellent and in many cases colour photographs, showing scenes from the advance, as well as equipment, insignia and personalities.