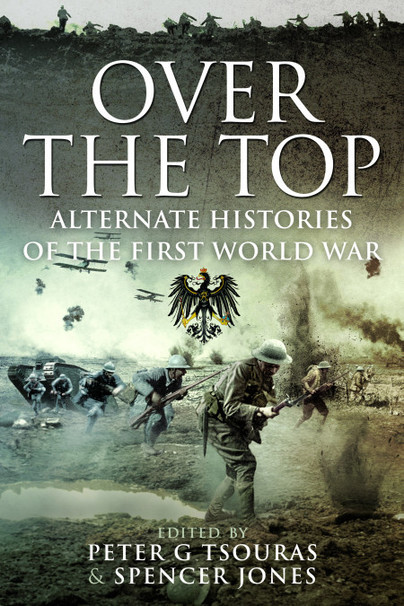 Over the Top (Paperback)

Add to Basket
Add to Wishlist
You'll be £14.99 closer to your next £10.00 credit when you purchase Over the Top. What's this?
+£4.50 UK Delivery or free UK delivery if order is over £40
(click here for international delivery rates)

Although separated from the modern reader by a full century, the First World War continues to generate controversy and interest as the great event upon which modern history pivoted. Not only did the war cull the European peoples of some of their best and brightest, it also led to the destruction of the Austro-Hungarian, German, Ottoman and Russian empires, and paved the way for the Second World War.

This thought-provoking book explores ten alternate scenarios in which the course of the war is changed forever. How would the war have changed had the Germans not attacked France but turned their main thrust against Russia; had the Greeks joined the allies at Gallipoli; or had the British severed the communications of the Ottoman Empire at Alexandretta? What if there was a more decisive outcome at Jutland; if the alternative plans for the Battle of the Somme in 1916 had been put into effect; or if the Americans intervened in 1915, rather 1917?

Expertly written by leading military historians, this is a compelling and credible look at what might have been.

As featured in: 'What ifs of war are explored in historian's book'

Another fine addition to the Tsouras production of imaginative 'what if' literature focused on military scenarios.
In each case the authors do not simply launch into a revisionist account, but rather create an altered 'historical' background of sufficient depth to make the subsequent account of the events possible.