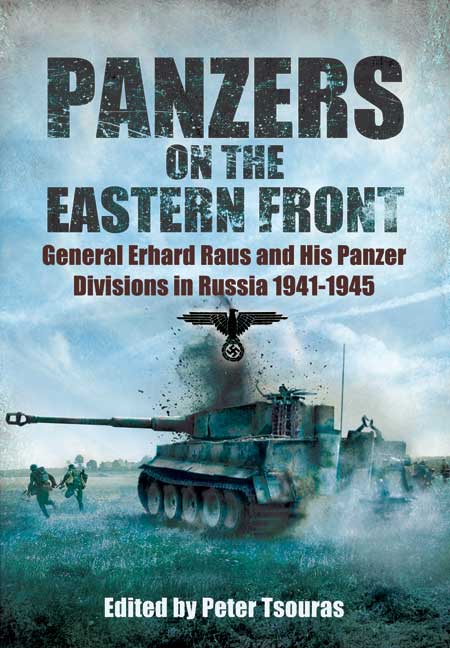 Panzers on the Eastern Front (ePub)

General Erhard Raus and His Panzer Divisions in Russia 1941-1945

Click here for help on how to download our eBooks
Add to Basket
Add to Wishlist
You'll be £4.99 closer to your next £10.00 credit when you purchase Panzers on the Eastern Front. What's this?
Need a currency converter? Check XE.com for live rates

General Erhard Raus was one of the German Army's finest panzer generals and a leading exponent of blitzkrieg in the east. German panzers were witnesses to the incredible onslaught that was the first few months of Barbarossa, then the gradual strengthening of Russian resistance, counterattack and, ultimately, the long and drawn-out German retreat. Raus and his panzers were tested in every conceivable tactical situation and, inevitably, Raus became highly versed in all aspects of mobilised warfare.

This account by Erhard Raus, edited by leading Eastern Front expert Peter G. Tsouras, concentrates on German efforts to relieve Stalingrad. Raus, as commander of 6th Panzer Division, was in the thick of this bitter action, urging his panzers forward in a massive effort to break the Soviet strangle-hold. These journals were orginally written to brief the US Army at the height of the Cold War.

Want to know more about tanks and tactics on the Eastern Front during the Second World War? Then this is the ideal book. This account by General Erhard Raus was originally written just after the end of the war in order to provide briefing information for the US Army at the height of the Cold War. Raus's forces were prominent at the
Battle of Stalingrad, seeking to make his Panzer unit break the Soviet position. He offers an analytical study of what went wrong for the German units, and why the Soviets succeeded. Tsouras has added a useful introduction which puts Raus's work in perspective, both in terms of the Second World War and later events.

Tsauras has done a good job of presenting Raus’s material, supporting the text with a number of useful footnotes. There is a useful introduction giving a biography of Raus and his command experiences, some good maps and information appendices. Raus’s writing themselves are of great historical value, giving us a clear idea of how one senior German general saw events on the Eastern Front, as well as a series of accounts of individual actions of varied scale and importance.