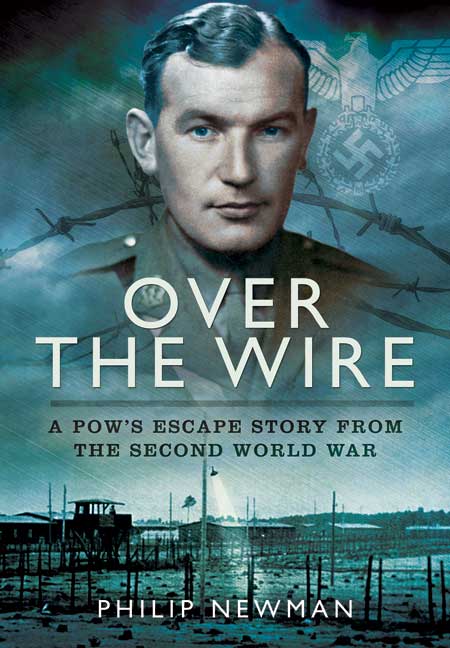 Over the Wire (Hardback)

A POW's Escape Story from the Second World War

Add to Basket
Add to Wishlist
You'll be £19.99 closer to your next £10.00 credit when you purchase Over the Wire. What's this?
+£4.50 UK Delivery or free UK delivery if order is over £35
(click here for international delivery rates)

Philip Newman, a British army doctor left behind after the evacuation from Dunkirk, spent his time as a prisoner of war in France, then Germany, treating the wounded and sick – and planning to escape.

After several failed attempts he got out over the wire and journeyed for weeks as a fugitive from northern France to Marseilles, then across the Pyrenees to Spain and Gibraltar and freedom. He was guided along the way by French civilians, resistance fighters and the organizers of the famous Pat escape line.

His straightforward, honest and vivid memoir of his work as a doctor at Dunkirk, life in the prison camps and his escape attempts gives a fascinating insight into his wartime experience. It records the ingenuity and courage of the individuals, the ordinary men and women, who risked their lives to help him on his way. It is also one of the best accounts we have of what it was like to be on the run in occupied Europe.

This is a splendid escape story, covering the entire experience, and in particular the difficult task of getting from the outside of the camp to safety in a neutral country, and comes highly recommended.

A really good read that brings home the reality of capture in wartime.

This book is a first hand account of becoming a POW at Dunkirk in 1940. The author, Philip Newman, was a medical officer at a Casualty Clearing Station near Dunkirk when the order came to fall back.
As the Germans advance and ships were coming into Dunkirk to pick up the allied troops, lots were drawn within the medical staff to see who should stay and who should go. Philip Newman was one of the few medical staff to stay behind and be captured. He remained a POW until his eventual escape in 1942.

This really is a most excellent book that is well written and documents the threat of extreme violence to any escaped POW and to anyone who was found to be helping them. Throughout the escape you can tell the Philip Newman was very conscious of being caught, not so much for him, but more for the consequences of those helping him.

It is a very worthwhile read and I would recommend it to anyone who has any interest in WWII and/or POW camps and in particular Escape attempts.

This book covers the experience of POW camps, the challenges of planning an escape, and then one of the finest accounts to have been written of life on the run through Occupied Europe. The author does provide an honest account of the highs and lows, but this is a thriller and will be enjoyed not only by those with and interest in WWII, but by anyone who reads adventure and suspense stories and histories. This edition of a gripping account of WWII has been published almost ten years after the death of the author.

This book is absorbing. It is the story of a British army surgeon who was left behind at Dunkirk and taken prisoner, spending time in camps in France and Germany, treating the wounded and planning his escape. What is usually overlooked in the story of WWII is the courage and self-sacrifice of medical staff who could have made their escape from Dunkirk but stayed with their wounded comrades, attempting to treat then until hospital facilities would be available to improve their chances of survival and recovery as POWs.

The author provides an honest account of the highs and lows, but this is a thriller and will be enjoyed not only by those with and interest in WWII, but by anyone who reads adventure and suspense stories and histories. This edition of a gripping account of WWII has been published almost ten years after the death of the author.