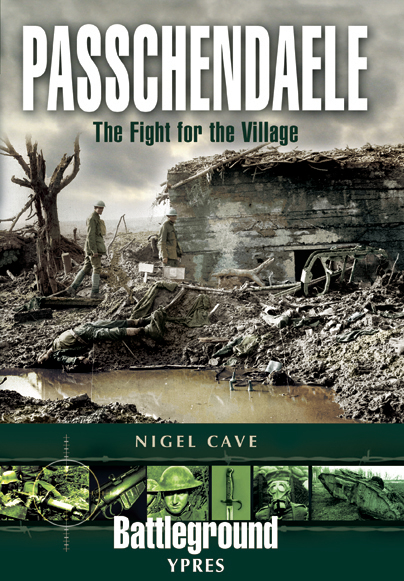 The Fight For the Village

Add to Basket
Add to Wishlist
You'll be £9.99 closer to your next £10.00 credit when you purchase Passchendaele. What's this?
+£4.50 UK Delivery or free UK delivery if order is over £35
(click here for international delivery rates)

The British offensive, which became known as Passchendaele, got underway on 31 July, 1917 with the objective of capturing fifteen miles of territory.The attack quickly lost momentum and, it was not until finally in November that the line managed to advance seven miles.

With winter setting in, the British troops were subjected to some of the worst conditions they had ever faced. During the attack 265,000 were either killed or injured.

This battlefield guide gives details of the attacks whilst guiding the reader through the battlefield as it stands today.With illustrated maps and then and now photographs it will appeal to those visiting the area as well as armchair historians.

Author Nigel Cave has really brought home how the Allies struggled to conduct this part of the campaign thanks to heavy rainfall and the destruction of the delicate Flanders irrigation system from months of shelling... I also really enjoyed the section dedicated to the German experience at Passchendaele which have been painstakingly translated from German diaries. While this is a battlefield guide – there are four walks plus car tours included – it brings the events alive and, at 140 pages, is easy to digest for readers at home.

On 31st July 1917, the small Belgian village of Passchendaele became the focus for one of the most gruelling, bloody and bizarre battles of World War I.