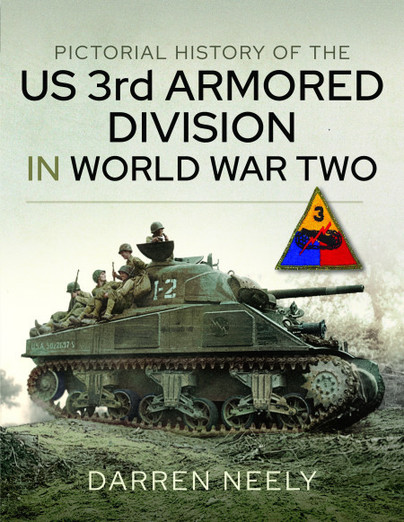 Add to Basket
Add to Wishlist
You'll be £25.00 closer to your next £10.00 credit when you purchase Pictorial History of the US 3rd Armored Division in World War Two. What's this?
+£4.50 UK Delivery or free UK delivery if order is over £35
(click here for international delivery rates)

Order within the next 9 hours, 23 minutes to get your order processed the next working day!

A lavishly illustrated photographic history of the US 3rd Armored Division, documenting their arrival in Normandy a few weeks after the D-Day landings, through to the end of the war. The Division served with the 1st US Army and, as their nickname of the Spearhead Division implies, were frequently at the forefront of many battles; in France, the Ardennes, and ultimately across the Siegfried Line and into Germany. The individual chapters provide only a very brief summary of events, leaving the considerable array of excellent quality photographs, together with their detailed captions, to tell the story. These have been carefully selected to show the Division and its numerous vehicle types in a variety of situations, and the book culminates with an account of the famous duel between a Panther tank and one of the Division's new Pershing's in Cologne.