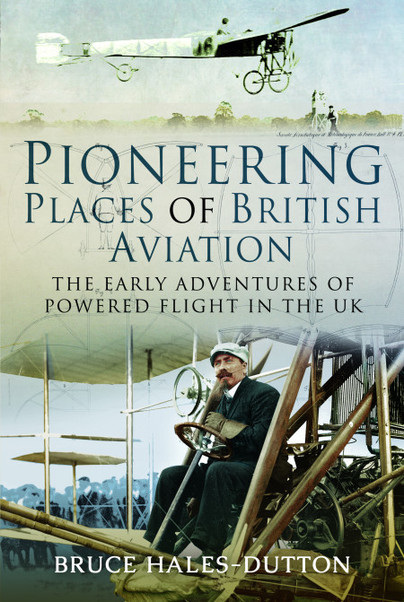 The Early Adventures of Powered Flight in the UK

'Well written, well researched and a delightfully easy read as well as being accurately informative.'

You'll be £19.99 closer to your next £10.00 credit when you purchase Pioneering Places of British Aviation. What's this?
+£4.50 UK Delivery or free UK delivery if order is over £35
(click here for international delivery rates)

From as early as the beginning of the nineteenth century, Britain was at the forefront of powered flight. Across the country many places became centres of innovation and experimentation, as increasing numbers of daring men took to the skies.

It was in 1799, at Brompton Hall, that Sir George Cayley Bart put forward ideas which formed the basis of powered flight. Cayley is widely regarded as the father of aviation and his ancestral home the ‘cradle’ of British aviation.

There were balloon flights at Hendon from 1862, although attempts at powered flights from the area later used as the famous airfield, do not seem to have been particularly successful. Despite this, Louis Bleriot established a flying school there in 1910.

It was gliders that Percy Pilcher flew from the grounds of Stamford Hall, Leicestershire during the 1890s. He was killed in a crash there in 1899, but Pilcher had plans for a powered aircraft which experts believe may well have enabled him to beat the Wright Brothers in becoming the first to make a fixed-wing powered flight.

At Brooklands attempts were made to build and fly a powered aircraft in 1906 even before the banked racetrack was completed but these were unsuccessful. But on 8 June 1908, A.V. Roe made what is considered to be the first powered flight in Britain from there – in reality a short hop – in a machine of his own design and construction, enabling Brooklands to claim to be the birthplace of British aviation.

These are just a few of the many places investigated by Bruce Hales-Dutton in this intriguing look at the early days of British aviation, which includes the first ever aircraft factory in Britain in the railway arches at Battersea; Larkhill on Salisbury Plain which became the British Army’s first airfield, and Barking Creek where Frederick Handley Page established his first factory.


This book provides a detailed view of the British pioneering aviation sites. The main focus for aviation historians has been on people and aircraft, largely ignoring the very important sites that supported and coloured aviation development. – Very Highly Recommended

Bruce Hales-Dutton is one of the most prolific authors of aviation books and has a reputation for well-researched, readable works. This book is no exception, and includes many stories of the early days of British aviation and the people behind it. It comes well recommended. 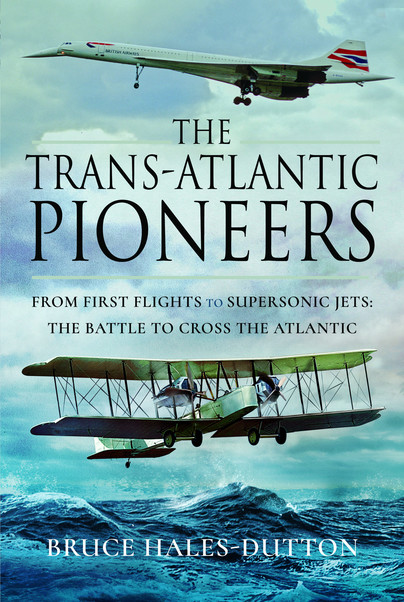 Every day up to 3,000 aircraft fly across the Atlantic Ocean. If each one carries 250 passengers, that could mean as many as 750,000 people on the move between Europe and North America. The main concern for most is the choice of in-flight movie or whether to have beef or chicken for dinner. A century ago it was very different. Before John Alcock and Arthur Whitten Brown’s epic flight of June 1919 no such journey had been attempted and they could not know what to expect. Of course, it took all the guts and determination the two men could muster but there was something else. Alcock and Brown were…

Click here to buy both titles for £34.99
More titles by Bruce Hales-Dutton