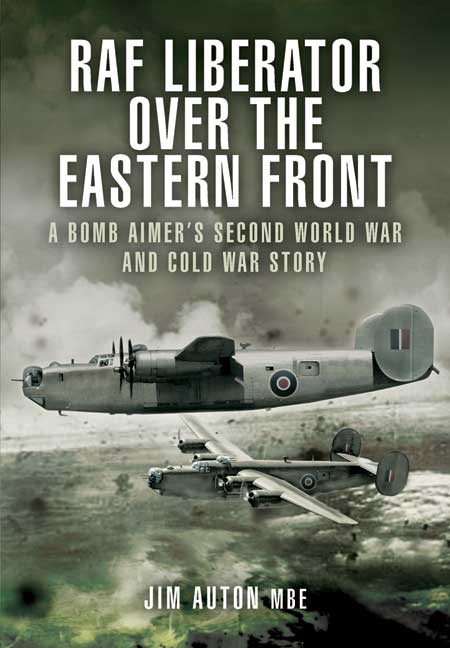 Add to Basket
Add to Wishlist
You'll be £19.99 closer to your next £10.00 credit when you purchase RAF Liberator Over the Eastern Front. What's this?
+£4.50 UK Delivery or free UK delivery if order is over £35
(click here for international delivery rates)

Jim Auton was posted to 178 Squadron who were operating ex-USAAF, war-weary Liberator heavy bombers. The squadron was based in Foggia in Italy, living under canvas without the barest of military or personal necessities. The duration of a tour at that time was 40 front-line operations over such dangerous targets as Ploesti and the Danube - few in the squadron felt they could survive since the casualty rate was so high. Then came his part in the desperate attempts to supply the besieged city of Warsaw when the Liberators were ordered to fly in at 500 feet, at their lowest speed and with flaps and undercarriage down, to drop desperately needed ammunition and supplies. All this through a hail of both German and Russian gunfire. On his 37th sortie Jim, aged twenty, was severely wounded when he was hit by Flak whilst in his bomb-aimer's position in the aircraft's nose.

"A riveting account of service and work life in trying times!"

Jim Auton MBE holds the following awards - Presidential Gold Order of Merit (Poland), Presidential Gold Medal for Merit (Czech), Polish Cross of Valour, Czech Military Cross, Warsaw Uprising Cross, Armia Krajowa Cross and four Slovak and Russian medals. He was appointed as British Honorary Pilot of the Czechoslovak Air Force and he holds an Attendance Diploma from the Polish Senior Officers' Flying School at Deblin. After retirement in 1980 he became an authorized researcher in the archives at the Auschwitz death camp. He is the founder of the Air Bridge Memorial adjacent to the Polish war graves at Newark on Trent.