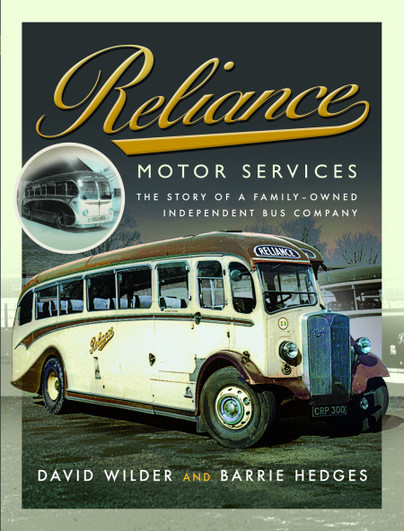 Click here for help on how to download our eBooks
Add to Basket
Add to Wishlist
You'll be £15.59 closer to your next £10.00 credit when you purchase Reliance Motor Services. What's this?
Need a currency converter? Check XE.com for live rates


Article featuring Barrie Hedges, 'On the buses: Reliance rolls back into town', September 2021

Great book to know the operation and vicissitudes of an independent and very well documented company.

Barrie Hedges article ‘Taking the wheel’ as featured by

This book will interest not only bus enthusiasts, but also those with a love of local history.

In addition to the history of the firm and personalities linked to it, the authors also describe the character of the area served, notably Harwell as a rural village prior to the advent of AERE, and indicate that whilst Brightwalton has changed, it has a positive future.

Appendices include a fleet list, and copies of timetables; the one significant omission is a good scale map of the routes operated. The standard of production is very high, and is enhanced by illustrations in the style of woodcuts at start of each chapter.

Article feature: 'When life depended on a country bus' as featured by

Article: ‘History of a bus company you could rely on’ as featured by