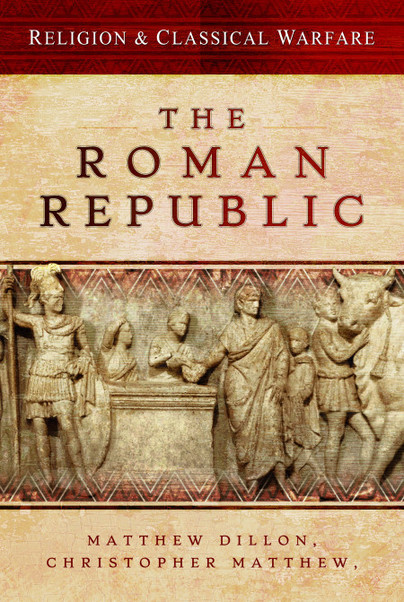 Add to Basket
Add to Wishlist
You'll be £25.00 closer to your next £10.00 credit when you purchase Religion & Classical Warfare: The Roman Republic. What's this?
+£4.50 UK Delivery or free UK delivery if order is over £35
(click here for international delivery rates)

Religion was integral to the conduct of war in the ancient world and the Romans were certainly no exception. No campaign was undertaken, no battle risked, without first making sacrifice to propitiate the appropriate gods (such as Mars, god of War) or consulting oracles and omens to divine their plans. Yet the link between war and religion is an area that has been regularly overlooked by modern scholars examining the conflicts of these times. This volume addresses that omission by drawing together the work of experts from across the globe. The chapters have been carefully structured by the editors so that this wide array of scholarship combines to give a coherent, comprehensive study of the role of religion in the wars of the Roman Republic.

Aspects considered in depth will include: declarations of war; evocatio and taking gods away from enemies; dedications and ceremonies; the cult of the legionary eagle; the role of women in Republican warfare; omens and divination; live burials of people in times of military crisis; and the rituals of the Roman triumph.

The authors take a novel approach in looking at military history of the Roman Republic in terms of the relationship between warriors and religion. The ancient world was driven to a high degree by religious belief, even to the point of commanders relying on seers to advise them on the eve of battle. – Very Highly Recommended