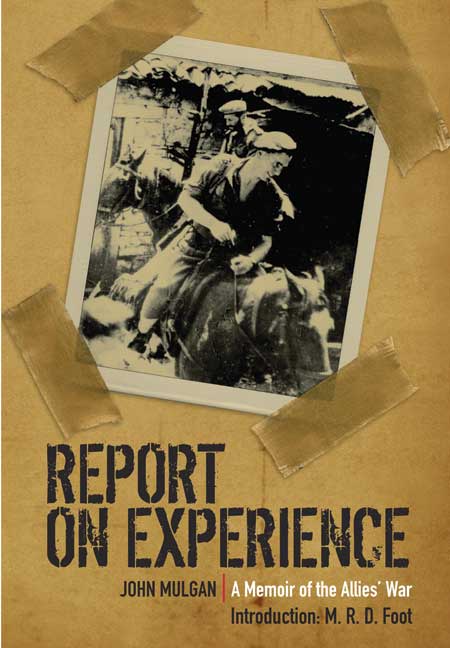 The Memoir of the Allies War

Click here for help on how to download our eBooks
Add to Basket
Add to Wishlist
You'll be £4.99 closer to your next £10.00 credit when you purchase Report on Experience. What's this?
Need a currency converter? Check XE.com for live rates

'Common men no longer start wars: they take part in them when someone else has started them. War nowadays is a major accident and calamity, it is a storm that is seen a long way off'
Report on Experience is an incisive and compelling memoir, written by a quietly heroic author. This brilliantly-written work provides an insight not just into the mind of the author, but the prevailing attitudes of wartime Britain and Europe.
In simple but effective prose, Mulgan traces the Allies' path to World War II and the widespread reluctance of the population to accept the reality of hostilities. Mulgan was a determined man who who was appalled by the inaction of his peers and superiors, then by the limp and unrealistic reactions to aggression.
He rallies against the folly of re-employing the same personnel, in the same offices with the same filing cabinets as those which had been used for World War I. He comments, 'The Germans, unfortunately, had a new set of files, not to say a new filing system'. He describes the camaraderie among troops, but the incompetence of many of those in positions of authority and the rigidity of the command structure.
The memoir moves on to cover his time as part of a battalion in Egypt and his first experiences of witnessing death. He then covers his time in Greece hiding with partisans. Throughout, however, this is not just a factual account but a story told poetically with spirit and insight. This new edition of the work has an introduction by the acclaimed SOE historian M R D Foot, together with a foreword by John Mulgan's son Richard.

It is a most enjoyable book is very easy to read as it takes a light-hearted view of the evilness of War.

A quiet yet important book that reveals how one individual – capable but thoughtful – reacted to the coming of war and to the war itself. This new, revised edition of the book includes an illuminating foreword by Professor M. R. D. Foot, the official historian of SOE.'