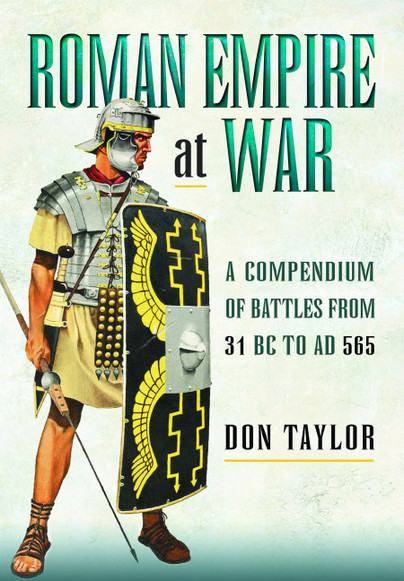 Add to Basket
Add to Wishlist
You'll be £14.99 closer to your next £10.00 credit when you purchase Roman Empire at War. What's this?
+£4.50 UK Delivery or free UK delivery if order is over £40
(click here for international delivery rates)

Impressively informative and a welcome contribution to the growing library of Roman Military Histories, "Roman Empire at War: A Compendium of Roman Battles from 31 B.C. to A.D. 565" is particularly recommended to both academia and the non-specialist general reader. An exceptionally well organized and presented volume.