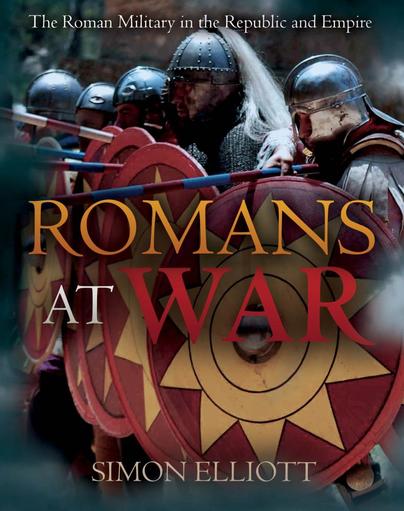 The Roman Military in the Republic and Empire

Add to Basket
Add to Wishlist
You'll be £29.95 closer to your next £10.00 credit when you purchase Romans at War. What's this?
+£4.50 UK Delivery or free UK delivery if order is over £35
(click here for international delivery rates)

A lavishly illustrated grand tour on the Roman military machine. In Romans at War ground-breaking research is presented in an accessible, entertaining, and sumptuously illustrated format, including a new consideration of the nature of late Roman military leaders; cutting-edge research on the Severan campaigns to conquer Scotland in the early 3rd century AD, and a new analysis of the nature of late Roman troops, both mounted and foot.