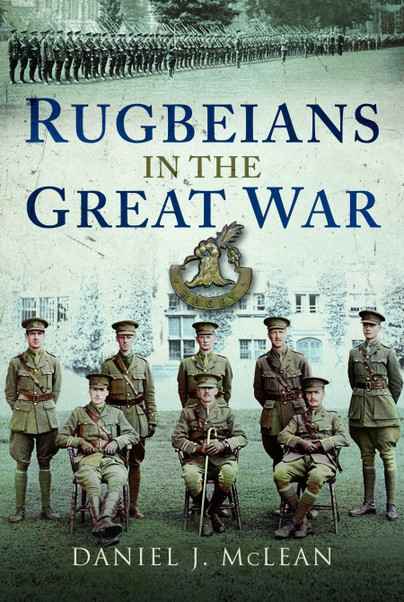 Add to Basket
Add to Wishlist
You'll be £15.00 closer to your next £10.00 credit when you purchase Rugbeians in the Great War. What's this?
+£4.50 UK Delivery or free UK delivery if order is over £35
(click here for international delivery rates)

Rugby School gave the civilized world Rugby Football but important though that was to history, the school did so much more in service of nation and Empire. The British Public School system misnamed because it was a private schooling system, was primarily geared to turning out the administrators and soldiers who kept the Empire together and the nation working. – Most Highly Recommended.