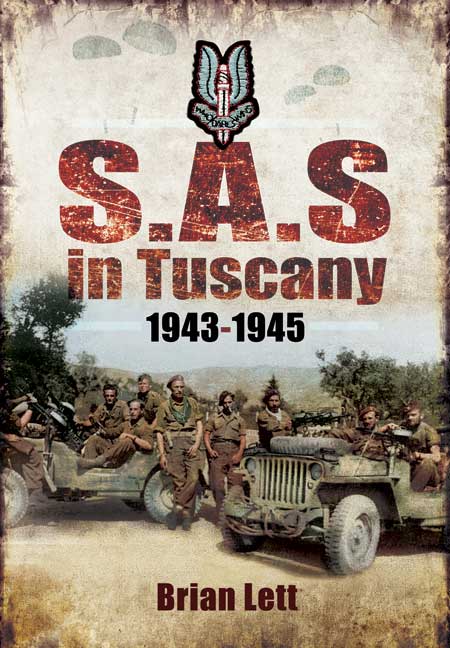 Click here for help on how to download our eBooks
Add to Basket
Add to Wishlist
You'll be £4.99 closer to your next £10.00 credit when you purchase SAS In Tuscany 1943-45. What's this?
Need a currency converter? Check XE.com for live rates

While always dangerous and daring, SAS operations are by no means invariably successful and when they go wrong, they do so very badly. This point is well made in SAS in Tuscany 1943-1945 which describes three such operations in enemy-occupied Italy during the latter half of the Second World War.

SPEEDWELL 2, the first of the three, saw six men drop blind into Northern Tuscany on 8 September 1943, which was by chance the day of the Italian Armistice. But, with no radios or air-to-ground support their courageous three week operation ended in disaster; four members were captured and executed and only one successfully ex-filtrated after an epic journey lasting seven months.

The second and third operations, GALIA (winter 1944/1945) and BLIMEY (April 1945), provided contrasting results. GALIA, involving thirty-four men led by Captain Walker-Brown, tied up many thousands of enemy troops for nearly two months under extreme winter conditions – an extraordinary achievement, thanks in measure to cooperation with an SOE mission led by Major Gordon Lett, the author's father.

Operation BLIMEY sadly achieved little before being caught up in the Allied advance. The reasons for the success and failure of these two operations are carefully analysed. Thanks to the Author's research into these
little known operations and his detailed knowledge of the area, SAS in Tuscany 1943 – 45 is a significant addition to the bibliography of SAS operation in the Second World War.

This is a well written and well researched account of three very different SAS operations, combined with an examination of the even more difficult SOE operation led by Major Lett, and is a useful contribution to the literature on the war in Italy and on the SAS.

This well researched and readable book recounts the stories of Operation SPEEDWELL 2, GALIA, BRAKE 2, and BLIMEY, all carried out by members of 2 SAS in Tuscany. These are amongst the lesser known, and therefore less documented, of our wartime operations, and this book successfully redresses the balance. They were diverse in planning, nature, support and execution, and therefore are the subject of interesting and of objective comparison.

Brian Lett is well placed to write such a book: Being the son of Major Gordon Lett DSO, the SOE British Liasion Officer who initiated and sponsored Operations GALIA and BRAKE 2, and hwo was responsible for the area of Italy concerned, Brian Lett has the personal and in-depth knowledge of the background, the personalities, and of the terrain involved. As someone who organised two permanent Memorials in Italy commemorating membersw of SPEEDWELL murdered after capture he can also safely be called a friend of the Regiment. This book in itself, highlighting their fate, serves as a further memorial to them and also to the men who survived.

In addition, the author draws attention to the situation in which the average Italian found himself at the time, and to just how much help the local population gave to the SAS. These operations would certainly have been a lot less successful without it. By naming names the author has assured that finally lasting credit is given where credit is due.

To coincide with the publication of this book Pen & Sword are republishing Gordon Lett's own account as ' Rossano - A Valley in Flames'.

A good read for anyone who wants to know more about the WW2 actions of the SAS.