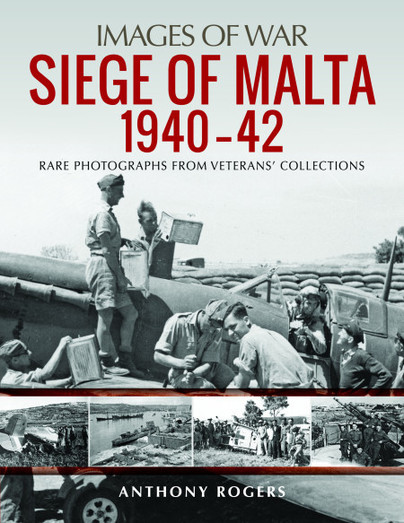 
This is a worthy photographic record of a major saga.

This book has been produced largely thanks to the individuals who survived those desperate times and allowed their wartime photographs, which are all black and white, to be used in producing this interest volume.

Malta occupied a dominant position in the central Mediterranean which allowed the British air and naval forces there to threaten Axis shipping and impede their ambitions in North Africa. As it was just 70 miles from Sicily, the island was effectively blockaded and remained under siege for almost two and a half years, during which time it was famously heralded as the most bombed place on Earth. This book documents its epic defence with photographs taken almost exclusively from the private collections of veterans, lending them a very personal quality. These give an impression of the extent of the bomb damage and its impact on daily life, and includes some dramatic pictures of air raids alongside the work of the garrison in quieter times, featuring RAF personnel and their aircraft with many images of downed machines, and the crews of the numerous anti-aircraft batteries which were so pivotal to the defence. There is also a chapter on the supply convoys which suffered many losses to deliver essential supplies, and the book closes with a number of colour photographs of Malta today.

This ‘Images Of War series book under the Greenhill books imprint features rare photographs from veterans collections rather than official war archives and its a great collection of images. The proven format of concise text, supporting a large image collection, is followed, concluding with full colour images from recent photography. – Very Highly Recommended.