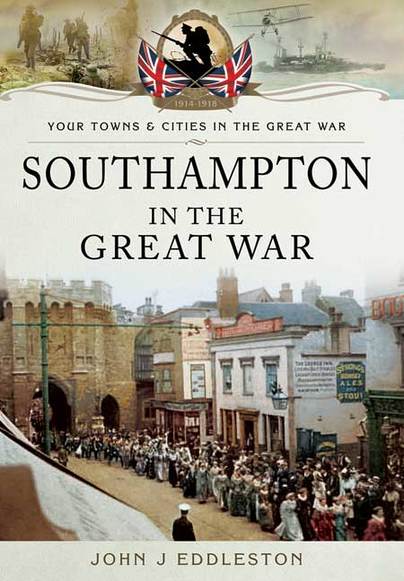 Southampton in The Great War (ePub)

Click here for help on how to download our eBooks
Add to Basket
Add to Wishlist
You'll be £4.99 closer to your next £10.00 credit when you purchase Southampton in The Great War. What's this?
Need a currency converter? Check XE.com for live rates

Many troops passed through Southampton on their way to the Western Front and it played a vital role as a staging post for departing troops and those returning badly injured.

Many of men from Southampton also joined up and the enormity of human sacrifice that the families of Southampton were committed to as the war stretched out over the next four years was immense.

Taking one year at a time, the author tells of the effects felt by Southampton throughout the conflict, the role of the Hampshire Regiment as well as the local aftermath of the war.