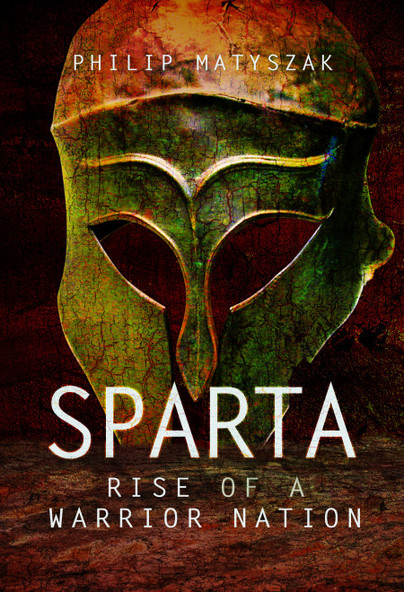 Rise of a Warrior Nation

Their contemporaries were fascinated by the Spartans and we still are. They are portrayed as the stereotypical macho heroes: noble, laconic, totally fearless and impervious to discomfort and pain. What makes the study of Sparta so interesting is that to a large extent the Spartans lived up to this image.

Ancient Sparta, however, was a city of contrasts. We might admire their physical toughness and heroism in adversity but Spartans also systematically abused their children. They gave rights to citizen women that were unmatched in Europe until the modern era, meanwhile subjecting their conquered subject peoples to a murderous reign of terror. Though idealized by the Athenian contemporaries of Socrates Sparta was almost devoid of intellectual achievement.

Philip Matyszak explores two themes: how Sparta came to be the unique society it was, and the rise of the city from a Peloponnesian village to the military superpower of Greece. But above all, his focus is on the Spartan hoplite, the archetypal Greek warrior who was respected and feared throughout Greece in his own day, and who has since become a legend. The reader is shown the man behind the myth; who he was, who he thought he was, and the environment which produced him.

Matyszak, author of Gladiator: The Roman Fighter's [Unofficial] Manual, Imperial General, and others, brings a broad understanding of Classical Antiquity, and some often impish humor, to the history of Sparta from its origins to its most iconic moment, Thermopylae.

Sparta will prove useful reading for anyone with an interest in Ancient Greece.

Conquest of Messenia, domination of the Peloponnesus, victory over Persia are the great stages of a rise in power that the author describes and analyzes, while evacuating the myths that surround him.

Essential contribution to the literature of the ancient world - I don't think I would even have known where to find Sparta! The people of Sparta were enlightened in many respects, lacking in others. Author Philip Matyszak uncovers some surprising facts about the Spartans that make this a fascinating read!