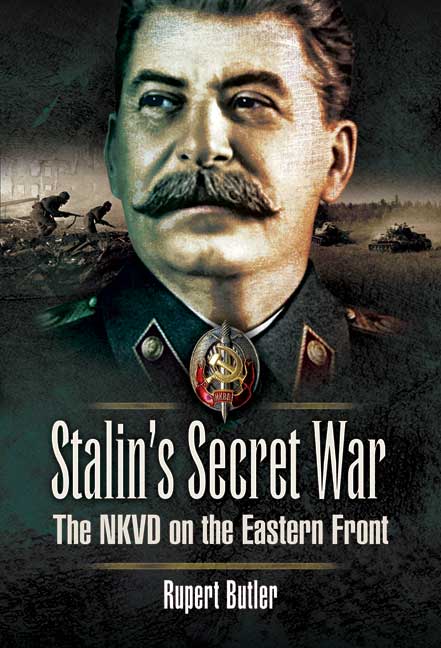 The NKVD on the Eastern Front

Add to Basket
Add to Wishlist
You'll be £19.99 closer to your next £10.00 credit when you purchase Stalin s Secret War. What's this?
+£4.50 UK Delivery or free UK delivery if order is over £35
(click here for international delivery rates)

The use of terror has been a characteristic of Russia from the days of the Tsars. The Okhrana was the oppressive police force of the Romanovs. Then came the Cheka, the OGPU, SMERSH and the NKVD - organisations that used terror to control every aspect of military and civilian life. So, during the Great Patriotic War , Soviet soldiers and citizens feared not only the Germans but the tentacles of the secret police. To maintain iron discipline in the face of the German onslaught, to root out dissent and defeatism and to counter the threat of treachery and collaboration, the agents of the NKVD waged a merciless campaign against their own people. The full extent of this extraordinary wartime operation is told in Rupert Butler's compelling study.

Rupert Butler is an authority on Soviet and Nazi police, secret police and special forces during the 1930s and the Second World War.

His many books include Gestapo: The Truth Behind the Evil Legend, The Black Angels: A History of the Waffen SS, Legions of Death: The Nazi Enslavement of Eastern Europe, and SS-Leibstandarte Adolf Hitler: The History of the First SS Division 1933-45.