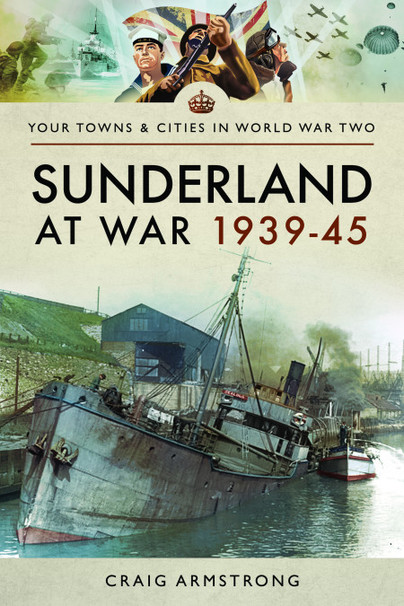 Sunderland was a key shipbuilding and repair facility with a long history of providing vessels for the British Merchant Navy. As well as its shipbuilding industry, the town also possessed other important industries such as paint manufacturing and extensive industries connected with shipbuilding and coal mining. The port town, on the banks of the strategically important River Wear, was also a main hub, along with its northerly neighbour the River Tyne, for coal exports, with much of the coal produced in the huge Durham coalfield being dispatched south via the Wear. All of this meant that the town found itself on the front lines of the war effort and marked it as a prime target for the Luftwaffe.

The town experienced several heavy air raids, including one which caused a great deal of damage to both housing and key industries, as well as resulting in serious casualties to the civilian population. The considerable disruption and dislocation caused meant that the authorities struggled to provide adequate shelters and to fill the gaps within what were to become vital Air Raid Precautions services. When the bombing came, these volunteers were to make a vital contribution.

Sunderland also had a proud tradition of military service and many of her men and women volunteered for service in the armed forces, with many paying the ultimate price in defence of freedom. A large number of Sunderland men served in the Merchant Navy, while the Royal Navy also boasted many Wearsiders. The local Army regiment, the famed Durham Light Infantry, also boasted many Wearsiders and the regiment saw action in almost every theatre of the war. For other Wearsiders, the attraction of flight drew them to service in the ranks of the RAF, for some, service in Bomber Command was motivated by a thirst for vengeance after witnessing the bombing of their home town.