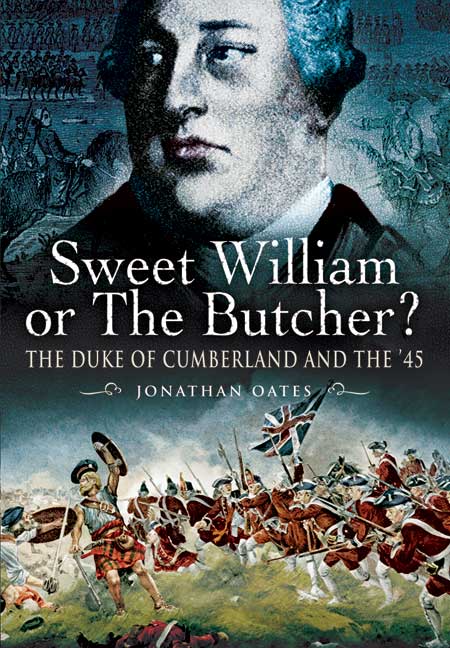 Sweet William or the Butcher (ePub)

The Duke of Cumberland and the '45

Click here for help on how to download our eBooks
Add to Basket
Add to Wishlist
You'll be £4.99 closer to your next £10.00 credit when you purchase Sweet William or the Butcher. What's this?
Need a currency converter? Check XE.com for live rates

'Butcher' Cumberland is portrayed as one of the arch villains of British history. His leading role in the bloody defeat of the Jacobite rebellion in 1745 and his ruthless pursuit of Bonnie Prince Charlie's fugitive supporters across the Scottish Highlands has generated a reputation for severity that has endured to the present day. He has even been proposed as the most evil Briton of the eighteenth century. But was Prince William Augustus, Duke of Cumberland, the younger son of George II, really the ogre of popular imagination? Jonathan Oates, in this perceptive investigation of the man and his notorious career, seeks to answer this question. He looks dispassionately at Cumberland's character and at his record as a soldier, in particular at this behaviour towards enemy wounded and prisoners. He analyses the rules of war as they were understood and applied in the eighteenth century. And he watches Cumberland closely through the entire course of the '45 campaign, from the retreat of the rebels across northern England to the Highlands, through Battle of Culloden and on into the bloodstained suppression that followed.