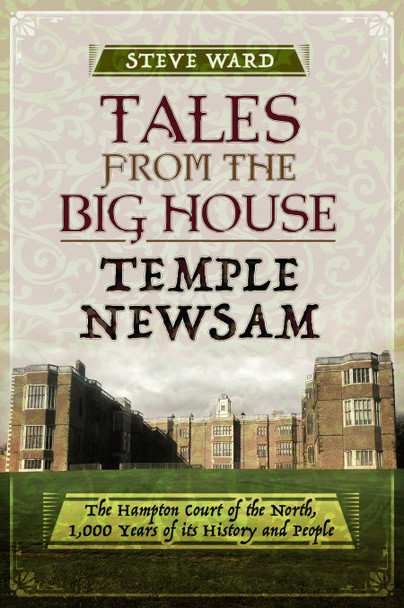 The Hampton Court of the North, 1,000 years of its history and people

Click here for help on how to download our eBooks
Add to Basket
Add to Wishlist
You'll be £4.99 closer to your next £10.00 credit when you purchase Tales from the Big House: Temple Newsam. What's this?
Need a currency converter? Check XE.com for live rates

Situated only 4 miles south-east of the bustling cosmopolitan city of Leeds lies a jewel in the crown of British stately homes. Set in 1,200 acres of rolling parkland and woods is Temple Newsam House, once described as the Hampton Court of the North.

The estate has survived almost 900 years of history. Although first mentioned in the Domesday Book, it was the Knights Templar who gave the name to the land. The house that now stands on the site was begun in 1518 and has witnessed many events: the execution for treason of one of its owners; the birth of Lord Darnley, unlucky husband of Mary Queen of Scots; the Civil War rivalry of a family; the home of a flirtatious mistress of the Prince of Wales (later George IV); and the suffering of the First World War, when it was used as a convalescent home for wounded soldiers.

The house and estate is now owned by the Leeds City Council and is open as a public park for all to enjoy. The house itself is part of Leeds Museums and Galleries and displays many different collections and exhibitions. On the estate is a working farm, known as Home Farm, which is the largest working rare breed centre in the UK and is a popular attraction for many visitors.

Local to You Magazine