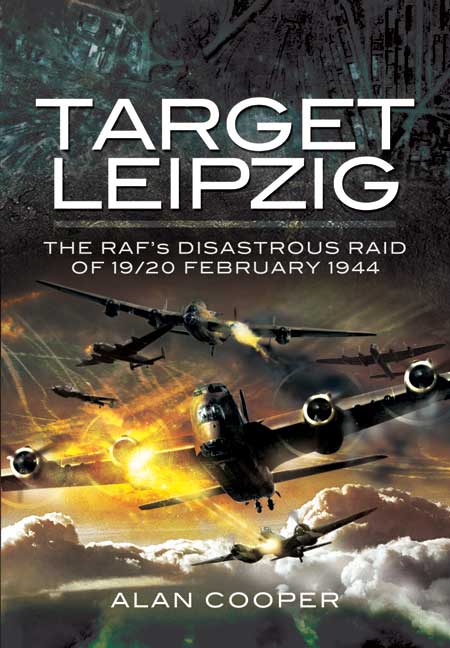 Click here for help on how to download our eBooks
Add to Basket
Add to Wishlist
You'll be £4.99 closer to your next £10.00 credit when you purchase Target Leipzig. What's this?
Need a currency converter? Check XE.com for live rates

Seventy-nine heavy bombers failed to return from the catastrophic raid on the industrial city of Leipzig on the night of 19/29 February 1944. Some 420 aircrew were killed and a further 131 became prisoners of war. It was at that time by far the RAF's most costly raid of World War II. The town was attacked in an attempt to destroy the Messerschmitt factory which was building the famous and deadly Bf 109 fighter. The bomber stream flew into what appeared to be a trap. It seemed that the Luftwaffe and anti-aircraft guns were aware of the intended target and waiting to pounce as soon as the bombers crossed the coast. They were subjected to constant attack by night fighters and intense flak until those aircraft that remained clawed their way home and secured relative safety over the North Sea.

This book analyses what went wrong. Espionage played a part, two bombers collided shortly after take off, as did others as they wove their way through enemy searchlights and manoeuvred violently to escape Luftwaffe night fighters. At the outset poor navigational and meteorological briefings had hindered the bombers attempts to locate the target and confusion reigned. The author explains the concept of this third raid on Leipzig and describes the two previous ones in October and December 1943, both of which had been deemed successes. He looks at the third raid from every angle, including the defending forces and describes the daylight raid that followed on the 20th by the USAAF. The book includes appendices listing all RAF aircraft and crew on the raid, route maps and includes many photographs.