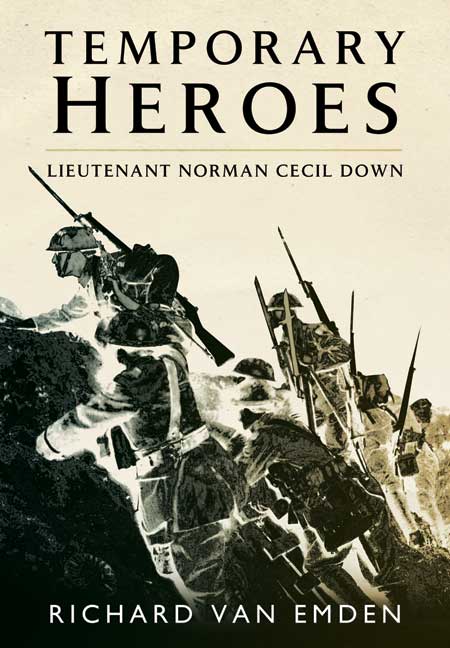 Click here for help on how to download our eBooks
Add to Basket
Add to Wishlist
You'll be £4.99 closer to your next £10.00 credit when you purchase Temporary Heroes. What's this?
Need a currency converter? Check XE.com for live rates

This is a short book based on the letters written between 1915 and 1916 by an officer serving with the 1/4th Gordon Highlanders. Second Lieutenant Down wrote regularly to his girlfriend/fiancée throughout his time in France, letters which were published in 1917 after he was wounded and discharged from the army.

Cecil Down is a superb writer, but more than that he has a natural wit that translates easily to the page, making this one of the most enjoyable books I have read on the war.

I have chosen this book because it is so different from anything else I have read. He captures life in France with great accuracy while remaining steadfastly upbeat and humorous. Nevertheless, there are moments when he is serious, and that makes his words poignant and attention-grabbing.

As seen in the Isle of Thanet Gazette.