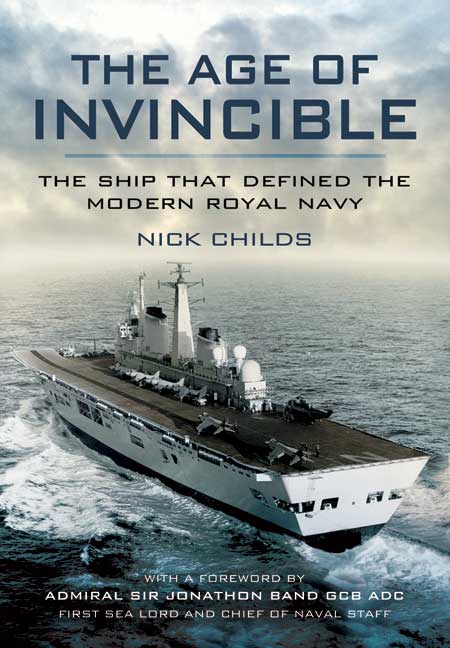 The Age of Invincible (Kindle)

The Ship that Defined the Modern Royal Navy

Click here for help on how to download our eBooks
Add to Basket
Add to Wishlist
You'll be £4.99 closer to your next £10.00 credit when you purchase The Age of Invincible. What's this?
Need a currency converter? Check XE.com for live rates

The story of HMS Invincible, a ship whose eventful life story, it is argued, embodies that of the Royal Navy itself during the second half of the 20th century and into the 21st. From her conception and design, through her various deployments (including the Falklands) and her evolving role and technical adaptation to meet changing strategic requirements, her fluctuating fortunes have been intertwined with those of the Royal Navy as a whole. Now, as a new breed of carriers is being commissioned to replace her, this thoroughly researched analysis of her career is the perfect platform from which to ask the important questions regarding the future role of the Royal Navy and Britains place in the world.

The story of HMS Invincible, a ship whose eventful life story, it is argued, embodies that of the Royal Navy itself during the second half of the 20th Century and into the 21st.