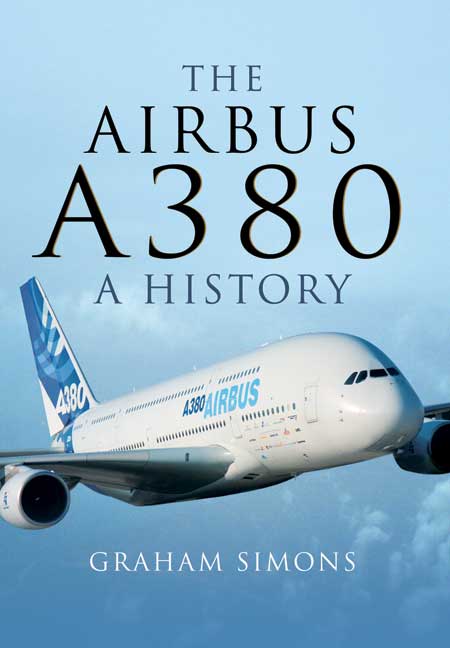 Click here for help on how to download our eBooks
Add to Basket
Add to Wishlist
You'll be £3.99 closer to your next £10.00 credit when you purchase The Airbus A380: A History. What's this?
Need a currency converter? Check XE.com for live rates

Every 7 minutes, an A380 takes off or lands somewhere in the world...

The Airbus was initially designed and developed in order to provide a contender to the Boeing's growing monopoly of the skies in the biggest large-aircraft market in the world. Ambitious in design, the undertaking seemed mammoth. Yet scores of aviation engineers and pilots worked to get the design off the ground and the Airbus in our skies. This double-decker, wide-body, 4 engine jet airliner promised to redefine expectations when it came to commercial flight. Five years on from its launch, Graham Simons provides us with this, an impressively illustrated narrative history of the craft, its achievements, and the legacy it looks set to provide to a new generation of aviation engineers, enthusiasts and passengers.

Operated by airlines such as Emirates, Singapore Airlines, Quantas and Lufthansa, the story of the A380 could be said to represent the story of modern-day travel itself, characterised by major technological advances across the world that constantly push the boundaries of expectation.

Sure to appeal broadly across the market, this is very much a commemorative volume, preserving the history of this iconic craft in words and images.

Thoroughly deepens the topic with a lot of technical details and even more beautiful pictures.

Describes in a detailed way all the peculiarities and innovations of this mega jetliner, enriching the text with beautiful photos.

This is a book that will appeal to aviation enthusiasts and provides a valuable, accurate and detailed history that has been beautifully illustrated throughout the book with some stunning photography. It is also a very valuable look at the strengths and weaknesses of European integration and the latent hostility between some European politicians and the US. This is therefore a valuable political lesson that will appeal to a wider readership.