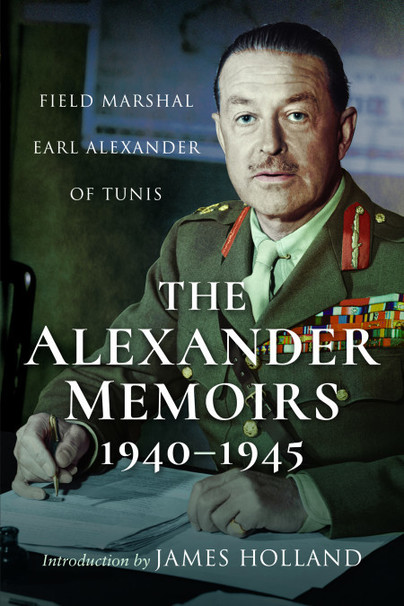 By Alexander of Tunis, Introduction by James Holland

After his first meeting with General Alexander in August 1942, Lieutenant-General Sir Brian Horrocks wrote that: By repute he was Winston Churchills fire brigade chief par excellence: the man who was always dispatched to retrieve the most desperate situations.

Churchill was indeed in need of a fire brigade chief. Allied forces had been chased back across the desert by Rommel. Alexander bought a new hope to the Desert Rats: he instilled them with his own confidence and thought of victory. Under his command, Montgomery was ready to fight and win the battle of El Alamein. Even as his generals drove the enemy from North Africa, Alexander was planning far ahead for Sicily and Operation Husky: the first major seaborne invasion by either side during the war.

It was said that before El Alamein the Allies never knew victory, and after El Alamein never knew defeat: much of the credit belongs to Alexander. For decades his contribution to the British efforts in both wars has been overlooked. Here, however, is a comprehensive edition of his personal and candid memoirs, which includes judgments on such men as Montgomery, Patton and Churchill. He also details his role in leading the withdrawal of the 1st Infantry Division at Dunkirk, his dealings with Stilwell in Burma and the bombing of the Monte Cassino abbey.

This is an absorbing book that as well as giving the strategic overview of events as Alexander saw them, also offers interesting accounts and insights into the people with whom he had to work. A good supporting volume to assist in understanding the practical realities of getting things done in the Allied camp.