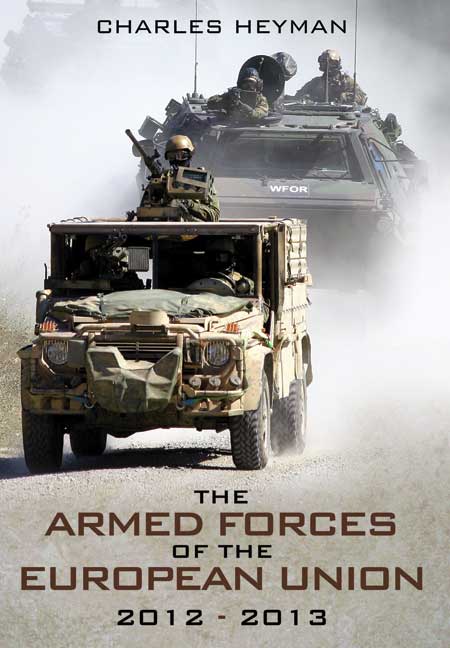 This first edition of an entirely new publication for the first time provides comprehensive information on what is one of the world’s largest military force groupings. The European Union’s 25 member states have defence forces that include over 1.6 million personnel and inventories that include over 35,000 armoured vehicles, 2,000 combat aircraft, 60 submarines and over 140 major surface vessels.

In addition, there is be detail regarding the force structure of the 25 member states and characteristics of the major land, sea and air equipment.

Consisting mainly of statistics, facts and figures, with a handful of photos, this book is likely to appeal to the military historian rather than vehicle enthusiasts.

As the title suggests, 'The Armed Forces Of The European Union' presents an overview of the collective military capabilities of the EU. Inevitably the book breaks this down by country, further sub-divided into land, sea, and air assets. As the cover blurb says, the defence forces of the 27 member states include 1.6 million personnel, 25,000 armoured vehicles, 2,000 combat aircraft and so on.

Undoubtedly, the EU's armed forces present an impressive military grouping. Though whilst proponents of the creeping creation of the 'United States of Europe' would have us buy into this, and present it as a joint force capability to rival the USA and China, collectively it's about as much use as an outside toilet on a submarine!

This is absolutely no reflection on the author though. He has presented a useful, well written, clear and concise guide. I would have liked to have seen a little more detail/depth in the entries. But given the modest price of the book and the fact that it only claims to present baseline information, there is no cause for complaint.