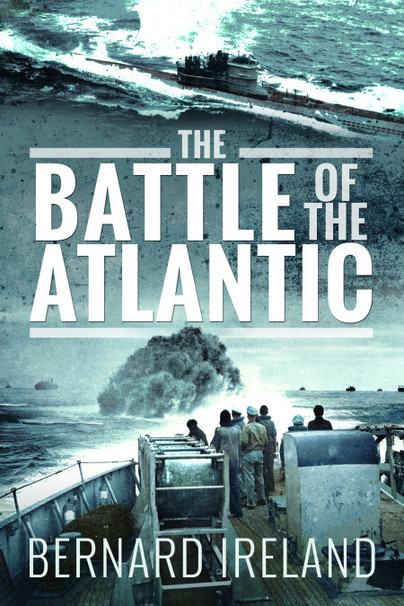 The Battle of the Atlantic (Paperback)

Add to Basket
Add to Wishlist
You'll be £14.99 closer to your next £10.00 credit when you purchase The Battle of the Atlantic. What's this?
+£4.50 UK Delivery or free UK delivery if order is over £35
(click here for international delivery rates)

The authoritative naval historian Bernard Ireland takes a fresh and fascinating look at the long and bitter struggle waged by the Allies against the Nazi U-boat threat. After sifting through the evidence, old and new, he questions the popular theory that it was a 'damn close-run thing'. He cites the massive resources that the United States brought to bear both at sea and in their shipyards, together with advances in technology and the breaking of German codes by Enigma. Far from 'revisionist' history, this is a closely argued work that demands reading.

This book remains a very good introductory text to anyone interested in the Battle of the Atlantic. Recommended.

Seagull, The Journal of the Indian Maritime Foundation, Vol 25, May 21 - July 21

The authoritative naval historian Bernard Ireland took a fresh and fascinating look at the long and bitter struggle waged by the Allies against the Nazi U-boat threat.

It was interesting to read about the struggle the Allies faced as they were fighting against Nazi U-boats. He makes some interesting points too, for example relating to the stance the UK and US were taken at the end of the war.
At page 173, Ireland states: “Five survived to surrender.” Simple sentences like this makes one think of how brutal the war was, or, indeed, any war is. I think it was more poignant because it was so simply stated.

I would recommend this book to anybody who studies the history of the period. There are so many details on types of U-boats and convoys. It’s very likely that I will check this book again when I start reading on this period in my second year at university.