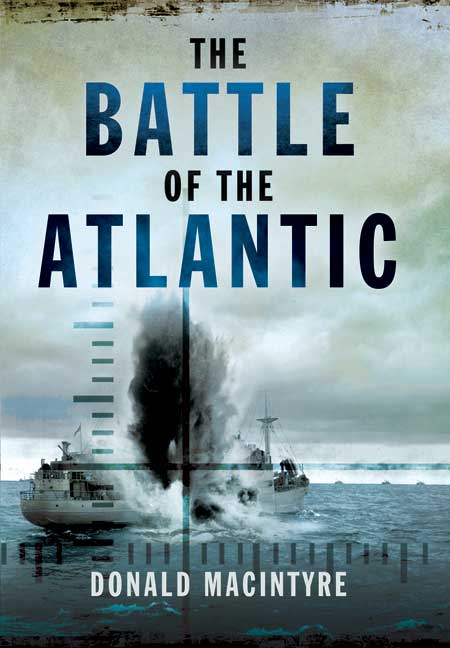 The Battle of the Atlantic (Paperback)

Add to Basket
Add to Wishlist
You'll be £12.99 closer to your next £10.00 credit when you purchase The Battle of the Atlantic. What's this?
+£4.50 UK Delivery or free UK delivery if order is over £35
(click here for international delivery rates)

The Battle of the Atlantic - a name coined by Churchill - was the unremitting assault that went on throughout the war on Allied merchant ships that were the lifeline of Great Britain and, from 1941, Russia by aircraft, surface ships but, above all, by the U-boat. Captain Macintyre, who was a distinguished participant in the battle, tells the story with precision and clarity. He describes the measures employed to defeat the amazingly successful 'wolf-pack' tactics of the U-boats, the convoy system and individual convoys, the contribution of the Royal Canadian Navy, the technological advances in radar and asdic, depth charges and aerial support, and does not shirk from describing how desperately close at times was the outcome. Not only does he analyze the strategic issues, above all the importance of the convoy system and of continuous air-cover, he also describes the battle from the viewpoint of the participants themselves. The long drawn-out duel between escort and U-boat is made vivid by quotation from the log-books of some of the ablest escort-commanders and from the combat-reports of the German U-boat ` aces '. Complementing these eye-witness accounts, nearly 50 unfamiliar photographs, drawn from German as well as British sources, make the courage and endurance of all those who fought in the Atlantic the more immediate.

A well written account of one of the most significant stories of WW2, and the facts and figures are mixed in with the personal stories of many individuals who were involved which creates a very readable book.

The author has provided what is probably the finest account of the Atlantic battles available anywhere. This is essential reading for any enthusiast or professional.

There are some books that people will keep going back to for advanced reference, for a starting point or simply for leisure. The Battle Of The Atlantic has, and presumably will, stand the test of time in that treasured spot. Thankfully then, Pen & Sword have decided to republish Donald Macintyre’s classic effort, making it available fora new generation of enthusiasts thirty-three years after the author’s passing.