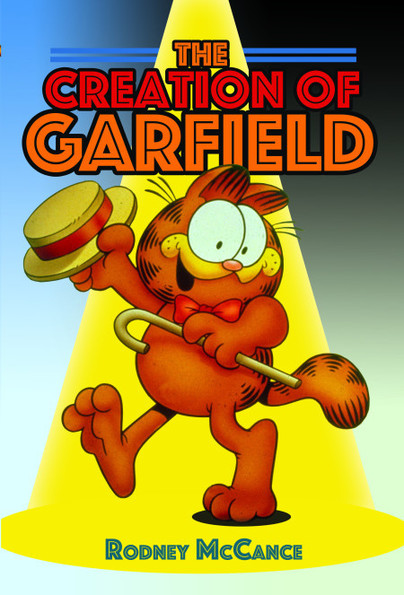 The Creation of Garfield (ePub)

Click here for help on how to download our eBooks
Add to Basket
Add to Wishlist
You'll be £1.99 closer to your next £10.00 credit when you purchase The Creation of Garfield. What's this?
Need a currency converter? Check XE.com for live rates

Since 1978 Jim Davis’ sarcastic, orange tabby cat has entertained millions of people appearing in Newspapers, books, cartoons and even his own films. Why has a lazy, coffee drinking, lasagna loving feline become a worldwide sensation loved by millions of people? From his small-town beginnings in Muncie, Indiana, The Creation of Garfield explores our relationship with Garfield, Jon and Odie and how Davis’ characters have become such an integral part of American pop culture over the decades.

Overall an interesting read, especially for fans of the character.

Rodney McCance is an author from Belfast, Northern Ireland. His stories have been featured in comic anthologies by Source Point Press, Markosia, Gray Haven Comics, Swamp Line Comics, Future Quake Press and other independent comics in Europe and the United States. He has a mini-series called Sirius due for worldwide release this year and other projects in development. He runs his own small press comics publisher, which has released three titles – Tales Of The Fractured Mind, The Burning Memory and Tales Of Fractured Worlds. His debut novel The Forverlands is due for release in 2020. He is a graduate of Film Studies and English at Queens University Belfast and he is a lover and scholar of comics books, having written articles about comics for various websites and newspapers. He is also a co-host on the Coffee & Heroes Podcast.