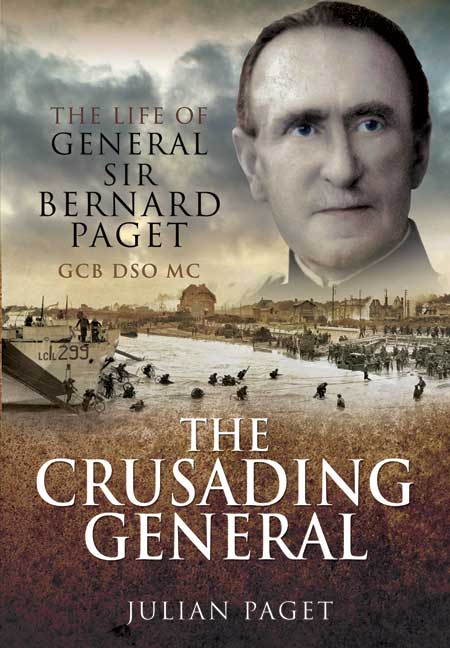 Add to Basket
Add to Wishlist
You'll be £19.99 closer to your next £10.00 credit when you purchase The Crusading General. What's this?
+£4.50 UK Delivery or free UK delivery if order is over £40
(click here for international delivery rates)

Bernard Paget enjoyed a hugely successful military career which culminated in his top level appointments in WW2. As C-in-C Home Forces and the C-in-C 21st Army Group he was responsible for preparing the Army for the long awaited Second Front in Europe in 1944. To his lasting chagrin he was not to use in battle 'the weapon' that he had shaped and tempered.

He proved himself both a gallant soldier in the Great War and a shrewd commander in the dire conditions of the ill-fated Norway campaign.

It was as a trainer that he excelled and this ideally fitted him for his wartime appointments. An irascible, brusque and, at times, downright rude man, possibly due to constant pain from his war wounds, he nonetheless worked well with Alanbrooke (the CIGS) but he had, like many others, a stormy relationship with Monty who, to Paget's deep disappointment, took over 21st Army Group from him prior to D-Day. Paget was made Commander-in-Chief in the Middle East, a key post previously held by Wavell, Alexander and 'Jumbo' Wilson. This book throws fresh light on other major World War II figures.

After retiring in 1946 he pursued a full career both in education and charities. Although one of the most influential generals of his time, due to circumstances, and possible character, he was regarded as 'always the bridesmaid and never the bride'. But his contribution to victory cannot be overestimated.