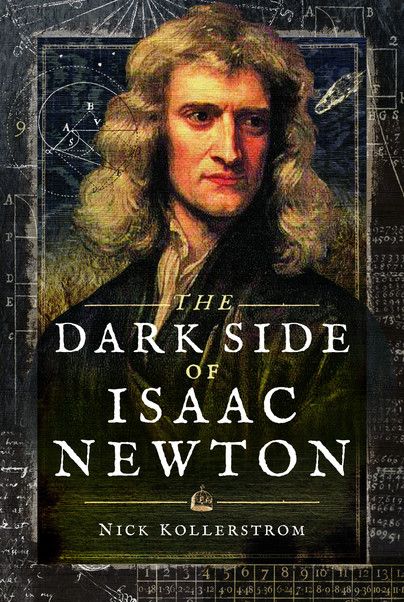 The Dark Side of Isaac Newton (ePub)

Click here for help on how to download our eBooks
Add to Basket
Add to Wishlist
You'll be £4.99 closer to your next £10.00 credit when you purchase The Dark Side of Isaac Newton. What's this?
Need a currency converter? Check XE.com for live rates

Isaac Newton was accorded a semi-divine status in the 18th and 19th centuries, whereby his image linked together religion and science. The real human being behind the demi-god image has tended to be lost. He was a person who took credit from others, and crushed the reputations of those to whom he owed most. This most brilliant of mathematicians could alas be devious, deceptive and duplicitous. This work doesn't go looking at unpublished alchemical musings as is nowadays fashionable, rather it sticks to the historical record. At the time when the new science was born, we scrutinise the way he failed to discover the law of gravity or invent calculus. What exactly did Leibniz mean by describing him as 'a mind neither fair nor honest'? Why did Robert Hooke describe him as 'the veriest knave in all the house' and why was the astronomer Flamsteed calling him SIN (Sir Isaac Newton)?

We are here concerned to give him credit for what he did discover, which may not be quite what you had been told. This book redefines the genius of Isaac Newton, but without the heavily mythologised baggage of a bygone era. He believed in one God, one law and one bank.

Reading this enthralling and informative book will undoubtedly change the way you perceive Isaac Newton.

It’s a masterpiece ... this book ought to be required reading in every graduate course in the history of physics.

Has there been a more ironic injustice in the history of physics than the fate of Robert Hooke, the genius who discovered Newton’s inertia years before Sir Isaac, but is now the VICTIM of inertia? For it is only the somnolence of consensus-history that has kept the truth hidden from public awareness, as Nick Kollerstrom’s new book, The Dark Side of Isaac Newton, demonstrates from scrupulous consultation of original 17th century mss.

The Dark Side is less opinion than documented demonstration that Hooke pioneered with [1] universal gravitation, [2] its inverse-square law, and [3] inertia or "Newton’s 1st Law".

The book also argues from total lack of documents: Newton mis-claimed he’d originally done the Principia via calculus, evidently aiming at being known as calculus’ inventor.

Kollerstrom’s case against Newton’s pretensions is only strengthened by his generous praise of Sir Isaac’s genuine accomplishments, such as 1st realization that tidal force was inverse-cubic; also his spectacular math ability, epitomized by being 1st to show Hooke’s inverse-square law produced an elliptical orbit with the gravitator at a focal point.

This book is not about Newton’s alchemy or his religious beliefs but about his science. Nick Kollestrom is a maths teacher, so, unlike many Newton biographers, he does not spare the science.
Kollestrom is also a myth-buster. He destroys several minor myths, such as the falling apple which inspired the theory of gravity.

The author has much that is new to say about Newton and says it very well.

⭐⭐⭐⭐⭐The author seems to have a very thorough grasp of the science and maths issues but he wears his learning lightly and the book can be enjoyed on several levels. It can be read like a very good story but for anyone who wants to go deeply into the science there is loads of that here. Some of it was beyond me but that did not prevent my enjoyment of the book it more inspires me to delve more deeply into all that if ever I get round to it.

Exceptionally well researched, written, organized and presented, "The Dark Side Of Isaac Newton: Science's Greatest Fraud?" is an extraordinary, iconoclastic, thoughtful and thought-provoking documented study that is especially and unreservedly recommended for both community and academic library collections, as well as Sir Isaac Newton supplemental studies reading lists.

Reading this enthralling and informative book will undoubtedly change the way you perceive Isaac Newton, as a scientific demigod and as a deeply flawed human who was capable of deception and extreme callousness... It is all endlessly fascinating, and there are always more questions than answers, aren't there?

A very thrilling fast paced read. I totally enjoyed it. Looking forward to upcoming books by the author.

A well researched though I feel somewhat mean spirited biography of Isaac Newton there is obviously a lot about the man we are not taught in school and this is a must read for any history fan.

This biography was well researched and contained a lot of information that I hadn’t previously read in other books. The author’s attention to detail is evident in the writing. Highly recommend!

The history of science is so much richer with the added dimensions of personality and moral corruption, this book adds quite a bit to this.

This work doesn’t go looking at unpublished alchemical musings as is nowadays fashionable, rather it sticks to the historical record. At the time when the new science was born, we scrutinize the ways in which he failed to discover the law of gravity or invent calculus. What exactly Leibniz mean by describing him as a mind neither fair nor honest. This book redefines the genius of Isaac Newton, but without the heavily mythologized baggage of a bygone era.

Although this was often a challenging read and I found myself continually rereading several of the scientific theories and calculus's this is nevertheless very well written and still quite accessible for the general reader. If you like a thought provoking book that will often challenge you then I can recommend this.

All in all, this comes across as a relatively reliable study of the life of Newton and is well written, intriguing and solidly structured.

I really enjoyed reading this book, it was interesting to see a different side to Newton. I would definitely look into reading more books by this author.

The death of Isaac Newton

Isaac Newton died on 31 March 1727. Isaac Newton was accorded a semi-divine status in the 18th and 19th centuries, but he was a person who took credit from others and crushed the reputations of those to whom he owed most. This most brilliant of mathematicians could alas be devious, deceptive, and duplicitous.