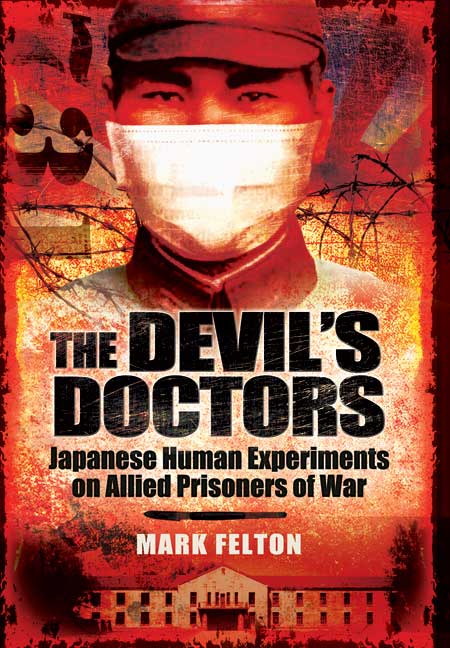 Click here for help on how to download our eBooks
Add to Basket
Add to Wishlist
You'll be £4.99 closer to your next £10.00 credit when you purchase The Devil's Doctors. What's this?
Need a currency converter? Check XE.com for live rates

The brutal Japanese treatment of Allied POWs in WW2 has been well documented. The experiences of British, Australian and American POWs on the Burma Railway, in the mines of Formosa and in camps across the Far East, were bad enough. But the mis-treatment of those used as guinea pigs in medical experiments was in a different league. The author reveals distressing evidence of Unit 731 experiments involving US prisoners and the use of British as control groups in Northern China, Hainau Island, New Guinea and in Japan. These resulted in loss of life and extreme suffering.

Perhaps equally shocking is the documentary evidence of British Government use of the results of these experiments at Porton Down in the Cold War era in concert with the US who had captured Unit 731 scientists and protected them from war crime prosecution in return for their cooperation. The author's in-depth research revealed that, not surprisingly, archives have been 'combed' of much incriminating material but enough remains to paint a thoroughly disturbing story.

A study revealing the Japanese use of Allied POWs in medical experiments during WWII. It also uncovers the shocking links between Allied POWs and the infamous Unit 731, at the Mukden POW Camp in Northern China, and proves that the British and American governments co-operated post-war, using data derived from Japanese experiments for chemical and biological warfare purposes.

The Devil's Doctors offers an insight into their various programmes, beginning with the terrible tortures which were inflicted on Chinese civilians in the interests of medical research and the effects of conventional and biological weapons. The book, however, is mainly concerned with the activities of the infamous Unit 731 and its links to the Mukden POW camp where Allied prisoners of war were held. The records are sparse; so much so that it cannot be conclusively stated that anything took place at Mukden which did not happen at any other Japanese POW camp, yet Mark Felton presents a range of evidence which clearly implies that the prisoners were being used as laboratory rats, routinely infected with all manner of diseases so that their impact on the Western immune system could be observed. The narrative does not seek sensation or attempt to draw irrefutable conclusions where it is clearly impossible to do so, instead it simply provides a balanced assessment of what is known and what seems probable.