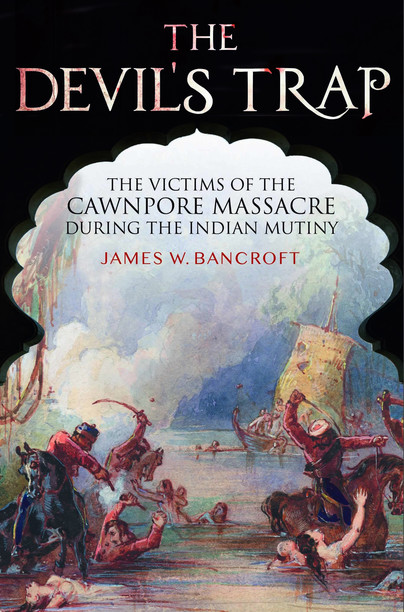 The Devil’s Trap is well-researched, superbly written and offers a compelling story, reminding us of the true horror of Cawnpore. Highly recommended.

The resulting story still strikes today for its dramatic and bloody implications, with the Sepoys (Indian rebel soldiers) who committed crimes (which were later punished in an exemplary way by the British) incomprehensible and perhaps dictated by an almost mystical conviction that the 1857 was the year of the end of the Raj (100 years after Clive's victory at Plassey). The book "The Devil's Trap" is a great addition to any library that talks about the Raj, although obviously those who want a complete narration of the events that led the Sepoys to rebel should look elsewhere, given the specificity of the volume in question. At the same time it seems that today little remains of those events, certainly in India, where all the mausoleums have been moved or removed and where figures such as Tantia Tope who were instrumental in the massacre are even celebrated. This book tries to remember those who made a long journey, often for love, like the strong women of Cawnpore, to die horribly. Their sacrifice must be remembered.

James W. Bancroft's book adds more detail and understanding to the horrible events at Cawnpore in 1857. It is no wonder that Victorian Britain regarded those who were killed there, especially the women and children, as being nothing short of martyrs to Empire. I am a firm believer that every life is inherently fascinating and the lives of these victims and the few survivors are similarly interesting. I believe the author does them a service in turning them into identifiable human beings and setting out where they were born, where they grew up, who they married, who their parents were and how they ended up in Cawnpore at that fateful time. They may have lived and died over 160 years ago but their lives can still feel remarkably relatable; they loved their families, got sick, married, had jobs to do even if in an exotic and often inhospitable location. This book adds additional insight into the lives of those involved in what must surely be one of the saddest incidents in imperial history. It must be hard to add new information on an infamous event that took place over 160 years ago, but the author has managed to do precisely this. Therefore, this book is to be commended as a welcome addition to the Cawnpore corpus.

llustrated by a section of images in color or black and white, this hardcover book is a gripping portrayal of personal stories underlying historic events.