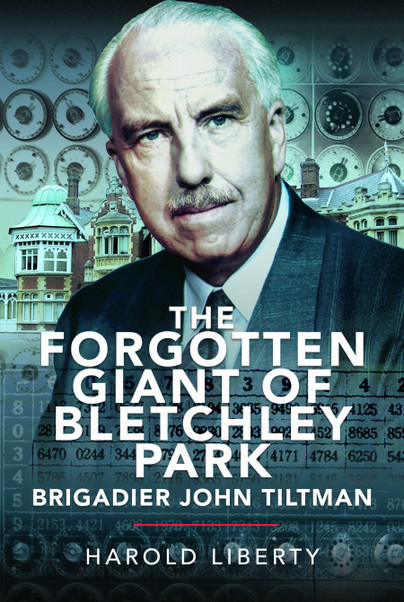 Preorder
Add to Wishlist
You'll be £16.00 closer to your next £10.00 credit when you purchase The Forgotten Giant of Bletchley Park. What's this?
+£4.50 UK Delivery or free UK delivery if order is over £35
(click here for international delivery rates)

In recent years, the work of the Bletchley Park codebreakers has caught the public’s imagination with books and films. While men such as Alan Turing and Dilly Knox have been recognised, Brigadier John Tiltman has been hardly mentioned.

This overdue biography reveals that ‘The Brig’, as he was known, played a key role. After distinguished Great War military service, he established himself as a skilled codebreaker between the Wars, monitoring Russian and other unfriendly powers’ messages. During World War Two he was regarded as the most versatile of cryptographers, cracking a range of codes including Japanese ones. He made the first breakthrough against the German High Command Lorenz system and what he found led to the creation of machines including Colossus, the first recognisable computer. His lack of recognition may be down to his apparent lack of association with Enigma but, in truth, he was closely involved at the start.

In addition to his cryptological brilliance, ‘The Brig’ was a gifted communicator and team-builder whose character combined charm, intelligence, determination and common sense. He was key to building the special relationship with our American partners both during and after the war.

Harold Liberty’s biography shines light on a man whose contribution was essential to Britain’s survival and triumph in the Second World War.

Harold Liberty read Classics at Peterhouse, Cambridge before a career in teaching. As a chess player, musician and crossword addict, had he been born some decades earlier there is every chance he could have been a code-breaker. Certainly, he has been fascinated in the history of Bletchley Park since its work became public knowledge in the late 1970s and he took up stewarding and guiding there on retirement. His experience and knowledge led to the writing of this book.