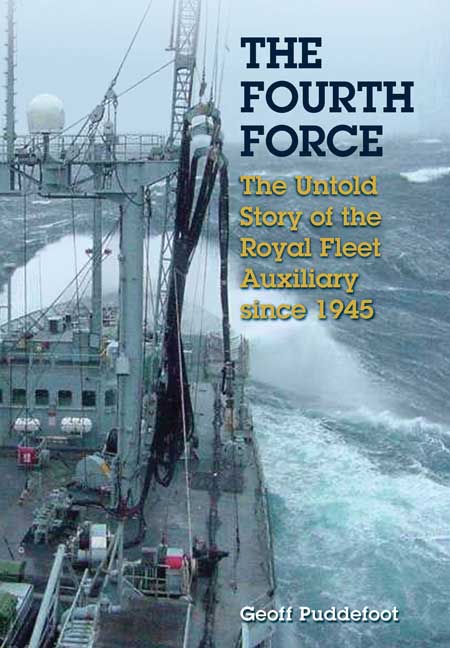 The Untold Story of the Royal Fleet Auxiliary since 1945

Click here for help on how to download our eBooks
Add to Basket
Add to Wishlist
You'll be £9.00 closer to your next £10.00 credit when you purchase The Fourth Force. What's this?
Need a currency converter? Check XE.com for live rates

Set up in August 1905, the Royal Fleet Auxiliary was originally a logistic support organization, part of the Navy proper but run on civilian lines, comprising a miscellaneous and very unglamorous collection of colliers, store ships and harbour craft. Just over a century later it has evolved beyond recognition: its ships compare in size, cost and sophistication with all but the largest warships, and the RFA itself has developed into an essential arm of all three Services. It is truly the 'Fourth Force' – as it is known to its own personnel – and without it, the current worldwide deployment of British service men and women would be simply impossible.
This book charts the veritable revolution that has overtaken the RFA since the end of the Second World War. New technology and techniques reflect the rapid growth in the importance of logistics in modern warfare, while the broadening role of the RFA is to be seen in the history of its operations, many of them little known to the public. Woven together from a combination of technical ship data, official correspondence and personal recollections, it is predominantly about the men and women of the RFA and their stories – an insight into the underreported history of a service whose initials unofficially translate as Ready For Anything.

This detailed book provides a comprehensive history of the Royal Fleet Auxiliary (RFA), from it's establishment in 1905 to the present day. It provides a detailed and fascinating account and shows just how crucial the RFA has been to the support of most operations and deployments by the Royal Navy Worldwide. This book is completed with it's excellent data boxes, good chronologies and detailed ship data tables. This is strongly recommended.