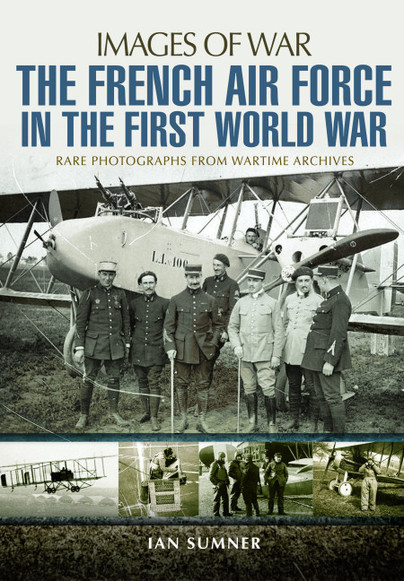 The French Air Force in the First World War (Paperback)

Add to Basket
Add to Wishlist
You'll be £8.99 closer to your next £10.00 credit when you purchase The French Air Force in the First World War. What's this?
+£4.50 UK Delivery or free UK delivery if order is over £35
(click here for international delivery rates)

This title in the Images of War series from Pen & Sword gives a fantastic photographic overiew of French Aviation during the First World War. Most pages have just one photo with an extensive caption, allowing the images to be reporduced at a nice size for modellers. The images in this book, many of which are published for the first time will be invaluable to modellers. With the new Spads in 1/32 scale from Roden and the Nieuports and Caudrons from Copper State, the photos in this book show some great details, which will enhance your builds and I am sure some better modellers than I could create some fantastic dioramas based on the photos in this book. As ever, this series and this title are recommended for your home reference library.