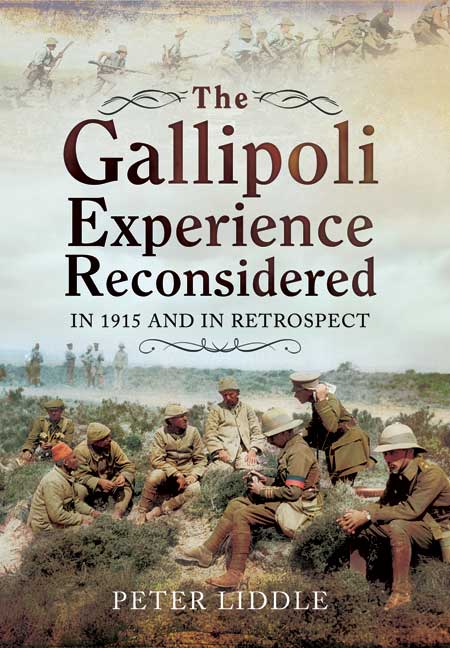 You'll be £4.99 closer to your next £10.00 credit when you purchase The Gallipoli Experience Reconsidered. What's this?
Need a currency converter? Check XE.com for live rates

The Gallipoli Campaign is generally viewed as a disastrous failure of the First World War, inadequately redeemed by the heroism of the soldiers and sailors who were involved in the fighting. But before the first landings were made, the concept of a strike at the Dardanelles seemed to offer a short cut to victory in a war without prospect of end. The venture, and what was required of the men undertaking it who were enduring heavy casualties, eminently deserve reconsideration in the centenary year of the campaign. What fuelled and what drained morale during the eight months of extraordinary human endeavour? A balanced evaluation of the Gallipoli gamble, and of the political and military leadership, are the challenging tasks which Peter Liddle sets himself in his new study of the campaign and the experience of the men who served in it.

This new study of the campaign is a balanced evaluation of the Gallipoli gamble.

Author Peter Liddle is one of the leading experts on the Gallipoli campaign and it is refreshing in this centenary year to see a new volume on the subject by him. It is in fact an updated and revised version of his ‘Men of Gallipoli’ which came out in the 1970s and has been out of print for some time. Liddle specialises in individual soldiers stores, having collected together a huge amount of material for an archive that is now held at the University of Leeds. The book is full of these accounts covering every aspect of the campaign, and all the nations involved. Throughout it is illustrated with rare and unseen images. Still a classic forty years after it was first in print, Liddle’s book gives the soldier’s eye view of Gallipoli and stands among the classic accounts of the fighting in 1915. Recommended.

A priceless archive of memoirs, diaries, letters and photographs... This is an especially vivid account of one of the most costly campaigns of the Great War.

The Gallipoli campaign is portrayed as a military disaster for Britain and its allies, even though the Turks suffered heavier losses. But in his new book 'The Gallipoli Experience Reconsidered', historian and author Peter Liddle examines the reasons why we became embroiled in such a risky campaign.

This is a nicely constructed book, and an excellent read that is also illustrated by a fine set of interesting photographs... If one wanted to read a single book that gave a detailed history of the campaign in one work then this would probably be it... No hesitation in recommending this book highly.