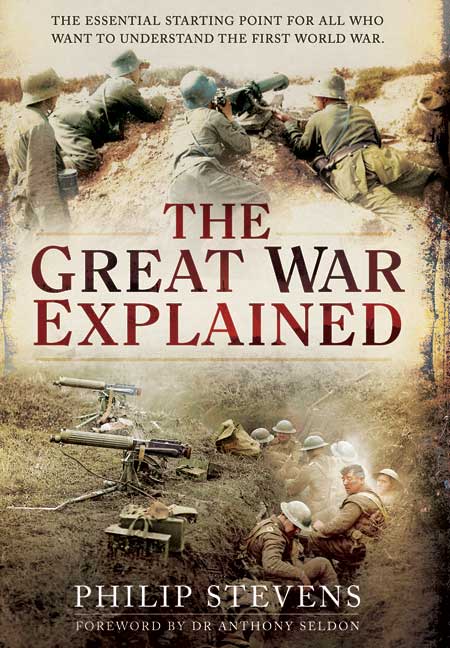 You'll be £6.29 closer to your next £10.00 credit when you purchase The Great War Explained. What's this?
+£4.50 UK Delivery or free UK delivery if order is over £35
(click here for international delivery rates)

This single volume history introduces the war in all its dimensions, and is written by someone who has served in the Army, 'with a profound knowledge of war and with the gift of communicating this complex knowledge for the general reader.' (Sir Anthony Seldon)