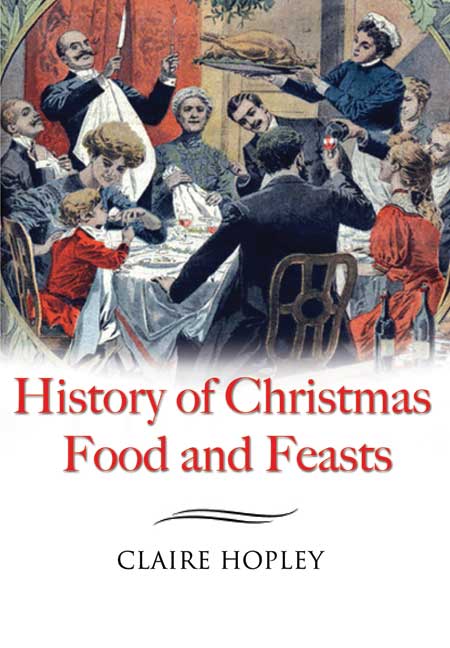 Click here for help on how to download our eBooks
Add to Basket
Add to Wishlist
You'll be £4.99 closer to your next £10.00 credit when you purchase The History of Christmas Food & Feasts. What's this?
Need a currency converter? Check XE.com for live rates

This mouth-watering book celebrates classic Christmas stories and their food and feasts. Each chapter covers a different era and the important foodie tales of time, including Sir Gawain and the Green Knight, Jane Austen's festive celebrations and Christmas with Dickens. The food author, Claire Hopley rediscovers the joys of literary Christmases and the meals enjoyed by classic characters, including Harry Potter's Christmas at Hogwarts with its impressive display of food, his first ever feast after years of being neglected, and the Grinch's failed attempt to ruin Christmas by stealing the Who-pudding in Dr Seuss' children's tale, How the Grinch Stole Christmas. Claire also reveals food enjoyed by the great writers themselves, such as the lemon mincemeat which was traditional in Jane Austen's family whilst Charles Dickens enjoyed cod in oyster sauce in a pre-Christmas supper that also included roast beef, roast duck and mince pies.

With 40 must-try Christmas recipes including a pork pie inspired by the one Pip gave to Magwitch in Charles Dickens' Great Expectations, a Christmas Pudding recipe like those described in Charles Dickens' The Christmas Carol, Anthony Trollope's Orley Farm and Agatha Christie's The Adventure of the Christmas Pudding as well as a turkey curry based on Helen Fielding's Bridget Jones's Diary, this book is the perfect gift for people who love Christmas, its traditions and its foods, as well as the must-buy book for foodie booklovers who want to know more about Christmas feasts in their favourite tales.

Food historian Claire Hopley celebrates the season of good cheer and good food. We rediscover the meals enjoyed by literary characters through history, from Sir Gawain (whose Christmas Eve feast was fish) to Bridget Jones and her festive turkey curry. Claire also reveals the food enjoyed by the great writers themselves, with a recipe for lemon mincemeat which was tradition in Jane Austen's family, while Charles Dickens enjoyed cod in oyster sauce, in a mouthwatering pre-Christmas supper that also included roast beef, roast duck and mince pies.