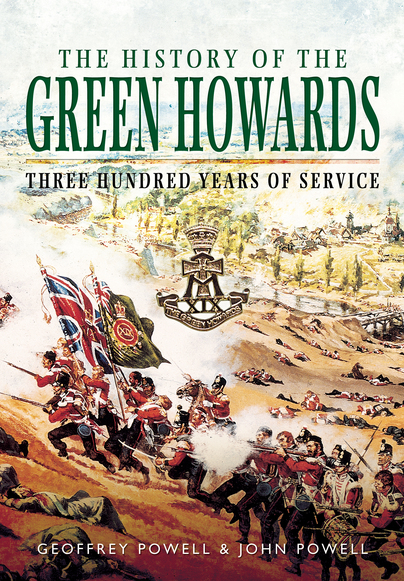 The History of the Green Howards (Paperback)

Add to Basket
Add to Wishlist
You'll be £16.99 closer to your next £10.00 credit when you purchase The History of the Green Howards. What's this?
+£4.50 UK Delivery or free UK delivery if order is over £35
(click here for international delivery rates)

This regimental history is well written and full of the information. If you have an interest in the Green Howards this is definitely a book you should have on your bookshelf.

This book would appeal to anyone vaguely interesting in British military history, regardless of whether you are a Green Howard follower or not, as well as of course, those readers looking to delve deeper into the subject. I say that because this book is no less a regimental history of a great regiment, but indeed a military history of Great Britain, bar for a few conflicts of course, but you can’t always have everything! All in all, the book is well presented and written, with history bursting from its pages… quite literally!

It is good to see the re-issue of this excellent regimental history of t'Yarkshire.